The ACLU of Michigan filed a federal lawsuit against Muskegon County on behalf of eight female inmates of the Muskegon County Jail who contend that inhumane and degrading policies at the filthy, overcrowded lockup violate their constitutional rights.

The suit argues that, in addition to being exposed to unsafe physical conditions, males guards at the prison are permitted to watch female inmates even when the women have to get naked to change clothes, shower and use the toilet. The plaintiffs said they also are targeted with slurs and are often denied access to clean underwear and basic sanitary items such as toilet paper and feminine hygiene products.

“From health hazards to dehumanizing, unconstitutional procedures, conditions at the Muskegon County Jail are utterly deplorable,” said Miriam Aukerman, staff attorney with the ACLU of Michigan. “Muskegon County has abdicated its constitutional duty to ensure conditions of confinement at the jail just and consistent with health, safety, and human dignity.” 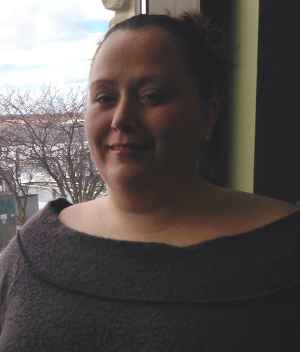 I was incarcerated in the Muskegon County Jail from November of 2012 until April of 2013. I had given birth via a Cesarean section to my son three months before my incarceration.

When I arrived at the jail, I was placed in the jail’s holding tank and left there for about 7 days. The floor was covered in urine, and other bodily fluids, and was also full of ants and other insects. Cells had showers covered in dark mold and toilets which spilled raw sewage, urine, and menstrual blood.

During the entire time I was in the holding tank, I was not allowed to shower. During my stay in the holding tank, I noticed that my Cesarean section wound had become infected. The wound remained infected for months. I was told by jail medical staff the infection was Methicillin-resistant Staphylococcus aureus (MRSA).

Jail staff forced me to clean my infected wound myself in my filthy cell. They ignored my doctor’s instructions and didn’t even provide me enough medical supplies to regularly clean and treat my wound. I would plead for more supplies, but the staff just kept telling me they would not help me.

The infection was incredibly painful. I would often ask to see medical staff because of the pain, but guards ignored my requests. I now have a large scar to remember my time there. 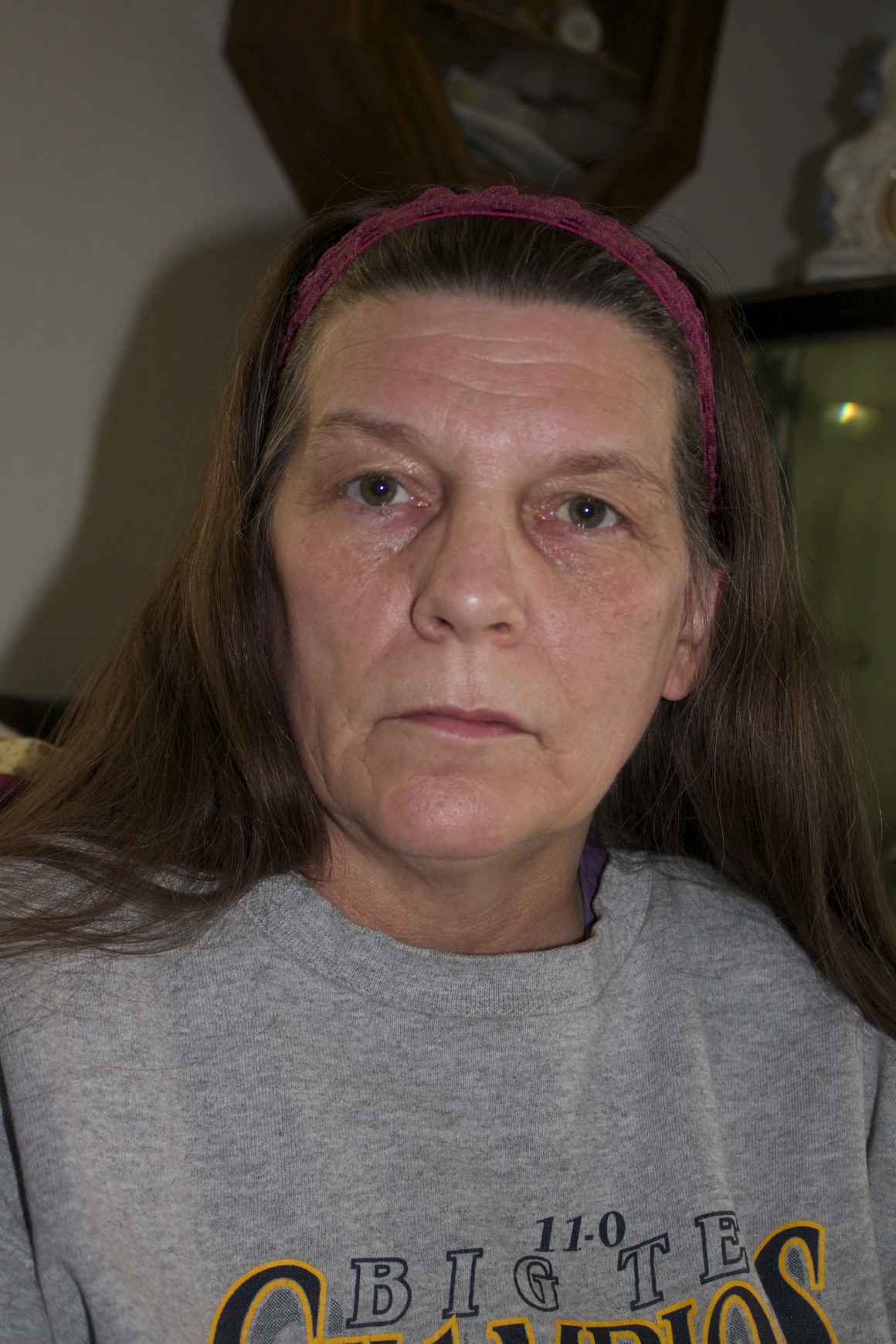 I was an inmate in the Muskegon Country Jail from June of 2011 until February of 2012, as well as on prior occasions.

During the winter the cells became incredibly cold, especially at night. Women, including me, had to sleep on small mats on the freezing cold floor. Sometimes guards confiscated my and other women’s blankets as punishment.

Male guards in the day room could see me using the toilet, showering, dressing, and undressing. When I used the toilet, I had to take off my one piece uniform and expose my entire naked body. When I tried to protect my privacy by placing a small piece of toilet paper over the window of the cell, male guards would open the cell door, rip the toilet paper off the window, and slam the door behind them. This happened repeatedly.

Every single shower in the jail that I ever used was covered in dark mold. 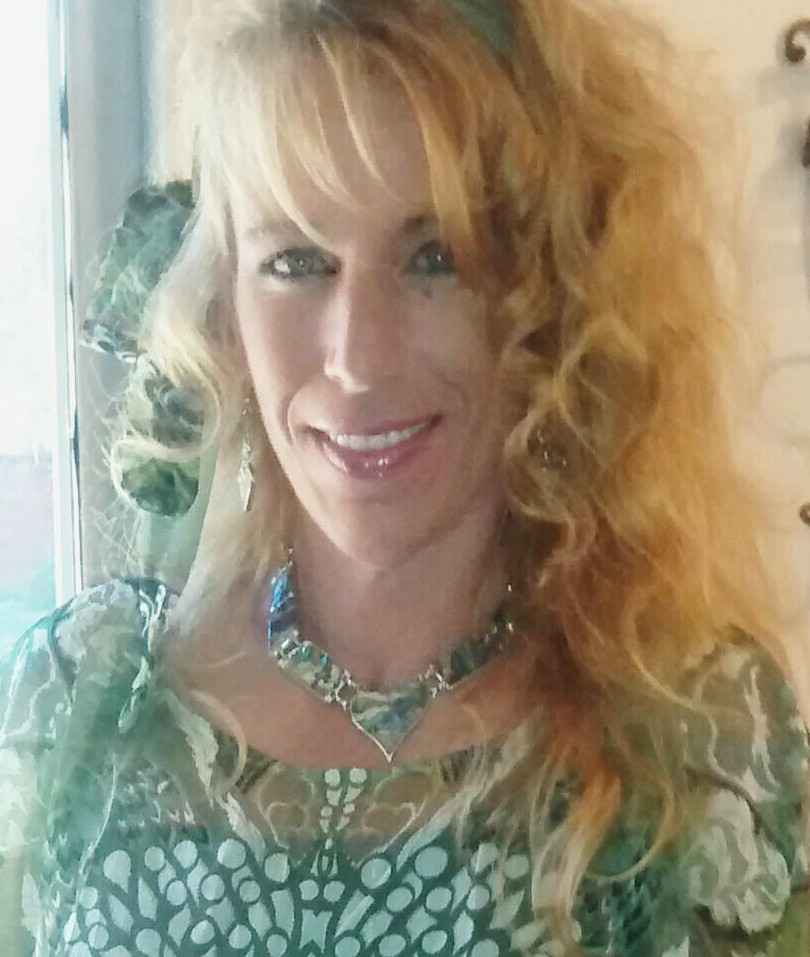 I was in jail serving a “pay or stay” sentence for being unable to pay court fines and fees.

Within days of entering the jail, I paid my outstanding fines in full and should have been released. However, jail staff refused to believe me when I told them I should be release over and over again. I was incarcerated for an additional 28 days because jail staff failed to conduct an adequate investigation that would have shown they were holding me illegally.

Conditions in the jail’s holding tank and cellblocks were incredibly filthy, covered in urine and vomit.

When I left the jail, my mother and daughter started crying when they saw how sickly I looked. 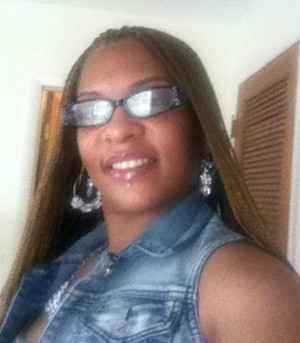 I have been incarcerated multiple times at the Muskegon County Jail in the last three years. From the cat walk male guards and trustees can see women changing and using the toilet in their cells. I have been viewed in various stages of undress by male guards.

The shower in my cell had a curtain around it, but it was moldy and in disrepair. The toilet has no curtain or wall for privacy. The women in my cell hung up a sheet for privacy, but sometimes guards took it down. The whole facility is dirty and while incarcerated, I and the other inmates, fear contracting MRSA.

The indigent packages provided include toothpaste, a hand size piece of soap, toothbrush, deodorant, and a comb. They do not include underwear. The only way to get underwear is to purchase it. The jail does not provide enough feminine hygiene products. When inmates ask for pads, the staff often takes hours or even days to respond to their requests. 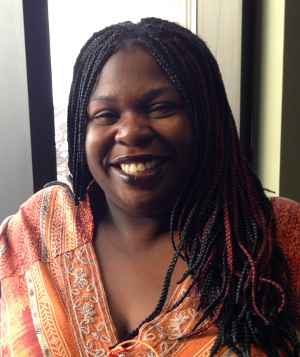 I was incarcerated at the Muskegon County Jail from approximately January 23, 2014 until September 2014.

In the cells, toilets routinely overflowed and flooded our cells with sewage water and urine.

I worked as a trustee in the jail, which means I did a lot of the cleaning. The cleaning solution provided to us appeared to be watered down and did not smell like cleaner. When cleaning, I felt like I am just moving around dirty water and not really getting anything clean.

I requested toilet tissue and sanitary napkins from jail officials on several occasions but my requests were ignored. For example on July 13, 2014, I was menstruating and was out of sanitary napkins. During this period, Officer Grieves told me that I was “shit out of luck,” and I better not “bleed on the floor.”

I am African-American. Ivan Morris, a guard at the jail, refers to African-American inmates as “your kind.” I have heard him say, “you’re in a cage like animals in a zoo.”

I understand that I made a mistake in breaking the law. However, nobody deserves to be forced to live like an animal and to be treated like one. We are women deserving of basic respect, sanitary conditions, bodily privacy, and simply to be treated like the women we are. Most inmates here have already been through so much. Being treated so inhumanely makes rehabilitation more difficult. 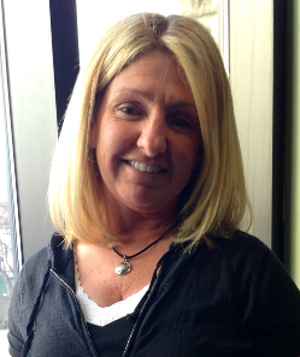 When I arrived at the jail, I was detoxing from an opiate addiction. For seven days, officers left me on the floor of a holding cell with as many as 18 other women, vomiting while going through withdrawal. I was not allowed to shower or change my stained clothing for seven days.

While I was in the holding tank, I had several cuts and scrapes that became seriously infected with Methicillin-resistant Staphylococcus aureus (MRSA). The wounds remained open for months. Not only that, but for two months I was forced to walk barefoot on the filthy, cold floor, which often had backed up toilet water or mouse feces on it as the jail did not provide me with shoes.

► Plaintiffs' motion for a preliminary injunction

► Plaintiffs' motion for certification as a class action lawsuit

► Defendants' reply to opposition for of motion for partial judgment