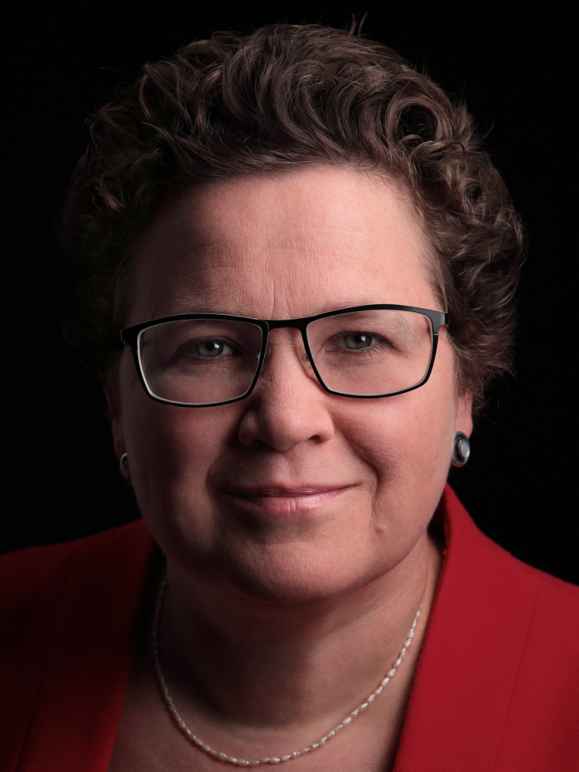 Miriam Aukerman is a senior staff attorney who has led some of the ACLU of Michigan’s most important legal battles and also heads our West Michigan office.

Miriam litigates on a broad range of civil liberties issues, with a particular focus on immigrant rights, poverty, and criminal justice. In Hamama v. Adducci, she headed a team that sued Immigration and Customs Enforcement (ICE), after ICE arrested hundreds of Iraqi nationals, who faced deportation to Iraq, where they were likely to be tortured or killed because of their religion or ethnicity. A federal judge not only stopped the mass deportations, but ordered ICE to release hundreds of Iraqis from detention. In Does v. Snyder, Miriam won a precedent-setting Court of Appeals’ decision which found Michigan’s sex offender registry unconstitutionally punitive. Other cases include Barry v. Lyon, which resulted in the return of $52 million in wrongfully withheld food assistance to low-income families; Speet v. Schuette, which struck down Michigan’s anti-begging law; One Michigan v. Johnson, which led the Michigan to issue driver’s licenses to immigrant youth who have lawful status under the DACA program (“Dreamers”); and Arab American Civil Rights League v. Trump, which challenges President Trump’s Muslim Ban. Miriam also promotes constitutional rights through media appearances, public education, legislative advocacy and training.

Before joining the ACLU in 2010, Miriam worked with Legal Aid of Western Michigan as both a Soros Justice Fellow and then as the founding director of the Reentry Law Project. She graduated summa cum laude from both Cornell University and the New York University Law School, was a Keasbey Scholar at Oxford University, and clerked on the U.S. Court of Appeals for the Second Circuit for Judge Pierre Leval. She has been recognized as a 2018 State Bar of Michigan Champion of Justice, a 2018 American Immigration Lawyers Pro Bono Champion (as part of the Hamama team), a 2017 Opportunity Agenda Fellow, and 2012 and 2018 honoree of the Criminal Defense Attorneys of Michigan.

The daughter of a minister, Miriam lives with her husband and two daughters in Grand Rapids. When she is not pursuing justice or ferrying her children around, Miriam enjoys cooking, swimming, and digging in the dirt in the hopes that her plants, like justice, will finally bloom.

Why Grand Rapids Should Release The Name of the Police Officer Who...

This Grand Rapids Police Policy requires officers to get approval...