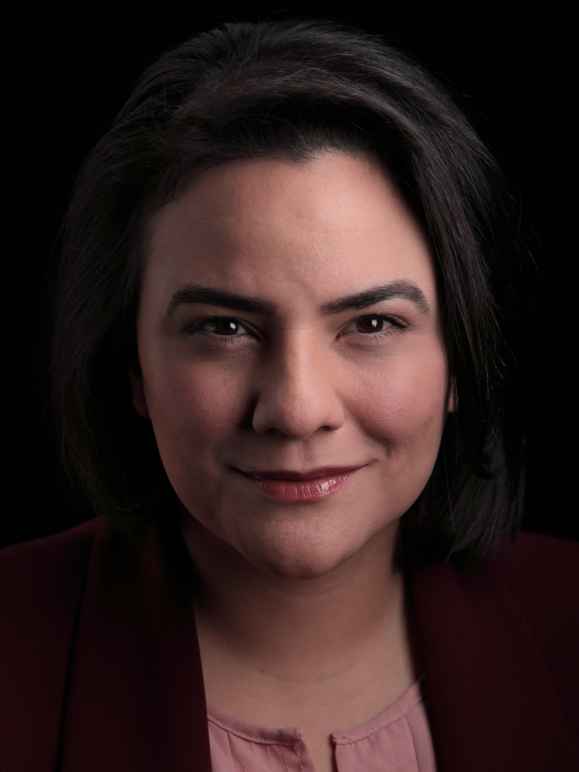 Rana Elmir’s title at the ACLU of Michigan is officially Deputy Director, a senior management position that entails working across departments to guide various legal, legislative and media strategies. But, as a former newspaper reporter, she is really a storyteller at heart.

Some of her most compelling tales stem from the experiences of her immigrant family, who fled to the United States from Lebanon when Rana was still a small child. As she told a reporter from Crain’s Detroit Business, which recently honored her as one of 40 people under the age of 40 having a positive impact on Michigan, while still in elementary school she was frequently thrust into the role of interpreter for her Arabic-speaking parents. Even at that tender age, she was aware and sensitive enough to protect her mom and dad from needless hurt by filtering out the cruel racial slurs and slights social service workers and others would utter without thinking.

It seems natural that someone who assumed the role of protector while still a child would gravitate toward working at a place that has as its mission the safeguarding of people’s rights. While she no longer boasts a byline as a reporter, her biting critiques of Muslim life in America post 9/11 have been printed in the Washington Post (Stop asking me to condemn terrorists just because I’m Muslim; and How Muslim women bear the brunt of Islamophobia) and the Detroit Free Press (Michigan Muslims live in travel ban's shadow). Lecturing often on anti-Muslim bias, the importance of free speech and the intersection of race, faith, gender and sexual orientation, her serious side is frequently on display.

But she’s also an indefatigable nerd and recovering introvert who enjoys spending her free time going on birding expeditions, watching Jeopardy, and telling jokes so corny they can provoke eye rolls from just about everyone who has progressed beyond the 4th grade. To give some idea of how really bad her jokes can be, here’s one of her favorites: What’s brown and sticky? A stick! Enough said.

What Japanese incarceration camps in WWII and Trump's Muslim ban...