History In The Making

Aimee Stephens was not prepared for the outpouring of affection that greeted her when she emerged from the U.S. Supreme Court after witnessing history in the making. The Court’s nine justices, for the first time ever, had just heard oral arguments in a case involving a transgender person.

But it was also about much more than just Ms. Stephens. Which is why hundreds of supporters turned out to cheer and chant “we love you” as she and her ACLU lawyers appeared in front of the High Court, wondering if a majority of the justices would rule in her favor. It will be months before a decision is issued in R.G. & G.R. Harris Funeral Homes v. EEOC & Aimee Stephens, but there was no doubt about the affection and admiration being directed toward Ms. Stephens the afternoon of October 8.

Among those on hand to show their solidarity was transgender actress Laverne Cox, who told Ms. Stephens, “You’re making history no matter what happens.”

“I never expected that kind of response from people,” says Ms. Stephens about the effusive support. “It was definitely uplifting. And very gratifying.”

She’s earned the adulation. Despite suffering from kidney disease that requires dialysis treatments three times a week, Ms. Stephens continues to press on despite being ill and having to rely on a wheelchair, knowing that she is fighting for the rights of all of America’s trans people. The right to earn a living without having to fear being fired for simply being their true selves. The right to live free of discrimination.

On the same day Ms. Stephens’ case was heard, the Court also heard arguments in two other cases (combined into one) involving men who’d been fired because of their sexual orientation. Together, the cases constitute a key judicial test of efforts to deny LGBTQ people protection from sex discrimination.

“These (Supreme Court) cases will have a profound effect on the lives of millions of people,” says David Cole, national legal director for the ACLU, who argued on behalf of Ms. Stephens. “The LGBTQ community has won hard-fought protections in courts before, and we are hoping the justices will not turn back the clock on equality and justice. No one should be fired because of who they are.”

It has been a long and difficult struggle for Ms. Stephens. After studying to become a Baptist minister, she spent two decades in the funeral industry, always presenting as a man – the sex assigned to her at birth. Then, after years of therapy, and gradually coming out to her family and friends, she decided in 2013 to begin coming to work as the woman she knew herself to be. She spent months writing and re-writing a letter  explaining the decision to her employers. When she finally found the right words, this is part of what she had to say:

“I realize some of you may have trouble understanding this. In truth, I have had to live with it every day of my life and even I do not fully understand it myself. As distressing as this is sure to be to my friends and some of my family, I need to do this for myself and for my own peace of mind, and to end the agony in my soul.”

She was fired two weeks later. 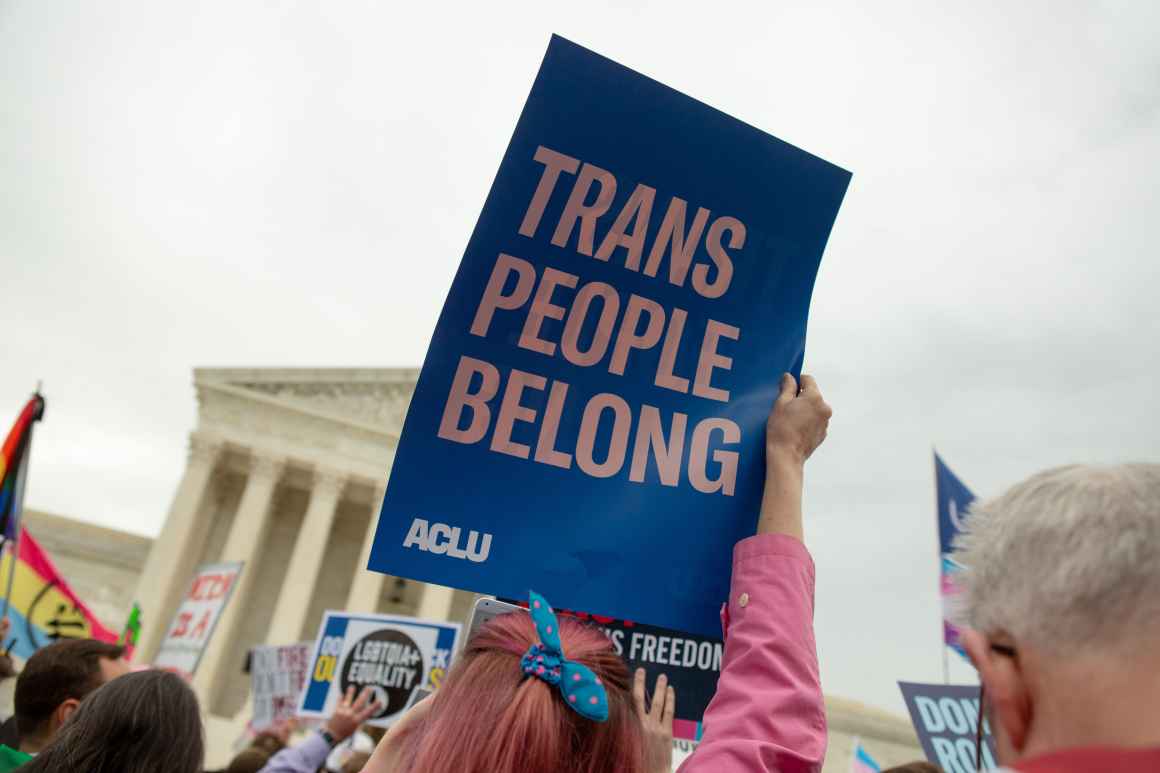 Instead of silently suffering the indignity and harm of being fired for doing nothing more than being herself, Ms. Stephens decided to fight back. The ACLU of Michigan represented Ms. Stephens in filing a complaint with the Equal Employment Opportunity Commission (EEOC), arguing that the funeral home, by firing her for presenting as female, engaged in unlawful sex discrimination and gender stereotyping in violation of Title VII of the Civil Rights Act.  After investigating the case, the EEOC concluded that Ms. Stephens’ employer had violated her rights under Title VII and in 2014 filed a lawsuit on her behalf in federal court.

This case, along with another filed the same day in Florida, is the first time the EEOC challenged discrimination against transgender employees under Title VII.  The funeral home then retained counsel from the right-wing group Alliance Defending Freedom and, for the first time, asserted that it had a “religious freedom” right to fire Ms. Stephens.

With the balance of the court shifted to the right following the appointment of two staunchly conservative justices by President Trump, there is no guarantee well-established law will be upheld.

On top of that, there’s been a significant erosion of the advances enjoyed by the LGBTQ community during the Obama presidency. The assault began the first day Mr. Trump took office, with the new administration immediately deleting all mentions of LGBTQ people from the websites of the White House, Department of State, and Department of Labor. Ten months later, then-Attorney General Jeff Sessions released what the National Center for Transgender Equality has described as a “sweeping license to discriminate" by reinterpreting federal law as allowing federal agencies, government contractors, and private businesses to engage in illegal discrimination if religious reasons for doing so can be cited. A long list of similar attacks was capped by a brief the Justice Department filed with the Supreme Court in the Stephens case. Instead of working to protect the rights of everyone, Mr. Trump’s administration is vigorously arguing that federal law “does not prohibit discrimination against transgender persons based on their transgender status.”

For Jay Kaplan, staff attorney for the ACLU of Michigan's Nancy Katz and Margo Dichtelmiller LGBT Rights Project since its founding in 2001, it is a critical moment.

“We’re at a point,” he says, “where the LGBTQ community and its allies must remain aware of the need to protect against the erosion of rights we fought so hard to achieve while continuing to move forward and build on the tremendous progress that has been made. Because this feels like a very threatening time.” 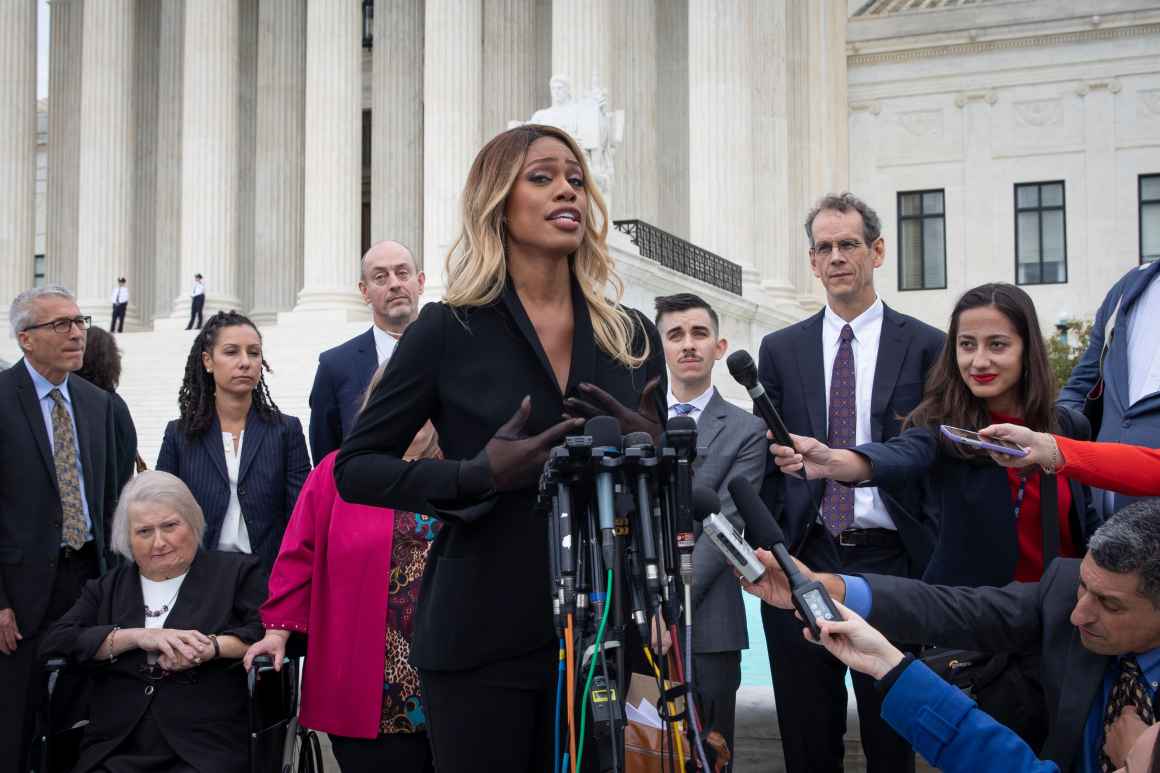 No Time to Rest

As Mr. Kaplan points out, there is no denying how significant and far-reaching the progress has been for the LGBTQ community.

“Look at where we are at,” he says. “There’s an openly gay man running for president. CNN just had a town hall dedicated to having the Democratic presidential candidates answer questions from the LGBTQ community. Same-sex marriage is now legal everywhere in America. You see gay-straight alliances at schools. There were none of these things when I was younger. They were almost unimaginable not that long ago. I mean, less than 20 years ago anti-sodomy laws were still legal.

“But the last thing we can do now is be complacent and rest on our laurels.”

Prior to coming to the ACLU of Michigan, Mr. Kaplan worked for Michigan Protection and Advocacy Services in its HIV/AIDS legal program. Doing that work – it was the 1990s and he was in his late 20s when he started doing the job – was “part of my coming out,” he says. “I was able to find my community through the work I was doing.”

And he continues working on behalf of that community while at the ACLU of Michigan. He’s fought to stop undercover sting operations targeting gay men, helped lead a successful court challenge to Michigan’s constitutional amendment prohibiting same-sex couples from marrying, and recently advocated for a transgender high school student to be able to run for prom court.

All those efforts, and much more, have resulted in positive changes. But there’s a certain danger that lurks beneath all the victories.

“It is not like we have arrived at a place where there is no more to do,” Mr. Kaplan explains. “But when the negative aspects of what’s going on fail to get attention, people can become complacent.”

Given the uncertainty surrounding both the current U.S. Supreme Court and the Michigan Supreme Court, says Mr. Kaplan, now is the time for everyone concerned about inclusion and equal treatment under the law to step up their activism. 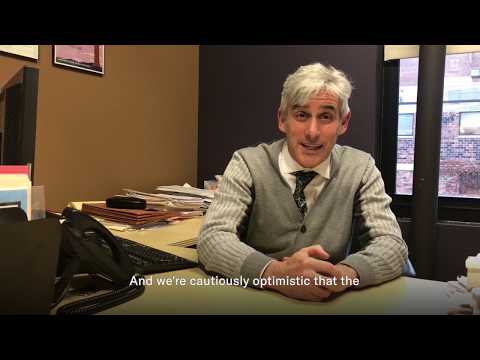 Fighting to protect and expand the rights of LGBTQ people by taking cases to court has been a frequent and successful tactic pursued by Mr. Kaplan and the ACLU of Michigan. But it is increasingly clear that we can’t rely on only that.

Another avenue Mr. Kaplan says needs to be pursued is on the legislative front, at both the state and federal levels. Nationally, that means putting pressure on U.S. senators to make the Equality Act the law of the land. If passed and signed, it would  "prohibit discrimination on the basis of the sex, sexual orientation, gender identity, or pregnancy, childbirth, or a related medical condition of an individual, as well as because of sex-based stereotypes."

Earlier this year, it was approved by the House of Representatives. Since then, though, it has been languishing in the Senate. Enacting the legislation is a clear and certain way to ensure the rights of Aimee Stephens and people like her are cemented in place, regardless of how the U.S. Supreme Court rules. Here in Michigan, the same thing can be accomplished by amending the Elliott-Larsen Civil Rights Act. Signed into law in 1977, the act prohibits discrimination in Michigan on the basis of "religion, race, color, national origin, age, sex, height, weight, familial status, or marital status." It covers employment, housing, education, and access to public accommodations. What it does not do, though, is explicitly use terms like “sexual orientation” and “gender identity” in listing the protected areas.

It is encouraging that the Michigan Department of Civil Rights began processing complaints of discrimination and harassment based on sexual orientation and gender identity last year, on the grounds that such mistreatment is a form of sex discrimination already prohibited by the law. But that action could be at risk if challenged in court by conservative forces that seem newly energized in pushing their agenda. It is possible the courts could choose a narrow interpretation, rolling back protections for the LGBTQ community.

Pressure needs to be applied to ensure those protections are etched in stone.

As for Aimee Stephens, despite being ill and feeling the fatigue of fighting for six years to secure basic rights for herself and people like her, she’s prepared to keep pushing forward however the Supreme Court rules, knowing there’s no such thing as too much protection.

“There’s been some ups and downs along the way, but I’d do it all over again if I had to,” she says. “What’s important now is that we all continue to come together and continue pushing for what needs to be done.”