New York just allowed undocumented immigrants to get driver's licenses. Michigan should be next.

Brannigan Sanchez is behind the wheel of a 2010 Dodge Charger that has 332,000 miles on it. In the car with her are an undocumented Guatemalan immigrant and his son, who are being driven from the southeastern Michigan town of Sturgis, where they met with immigration officials, back to their home in Grand Rapids.

Ms. Sanchez, who’s 34, earns her living transporting immigrants unable to obtain a Michigan driver’s license to appointments with government agencies and, in some cases, to and from work. Knowing the financial stress faced by the roughly 15 people she counts as regular clients, she strives to keep costs as lost as possible. For the five to six-hour round trip drive from Grand Rapids to Detroit and back, she charges $200.  That includes gas.

It’s a job she hopes will be rendered obsolete. For that to happen, the state of Michigan must again make it legal for undocumented immigrants to obtain a driver’s license here.

There’s some reason to hope that day could come. In June, New York’s Gov. Andrew Cuomo signed into law a measure Ms. Sanchez and other supporters of immigrant rights, including the ACLU of Michigan, would like to see duplicated in Michigan. With the addition of New York, there are now 13 states, along with Washington D.C., that allow undocumented immigrants to obtain driver’s licenses.

Ms. Sanchez knows firsthand how terribly damaging the current system can be. Her former husband, a native of Mexico, is currently facing deportation proceedings. 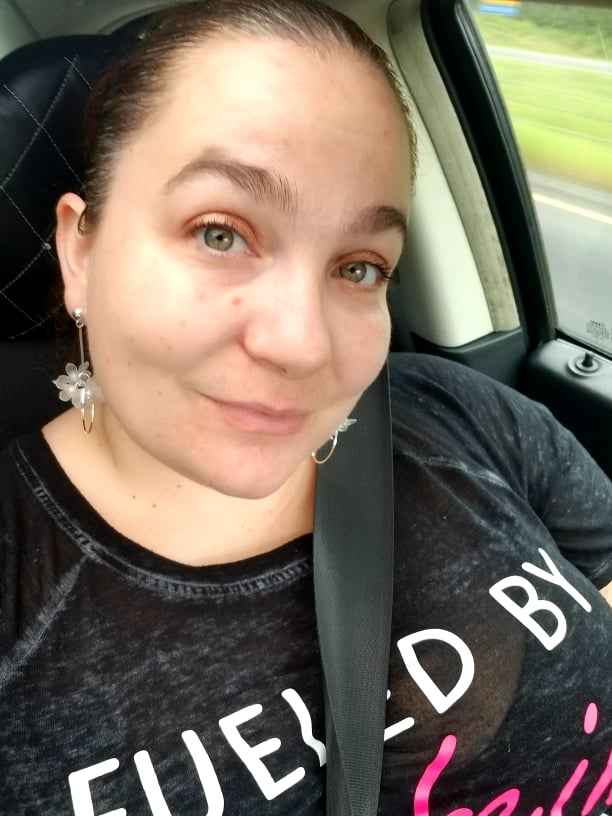 In fact, until 2008, there was no specific immigration or citizenship status required to obtain a Michigan driver’s license or state ID, according to the Michigan Immigrant Rights Center (MIRC).

The change was prompted by an opinion issued in 2007 by then-Michigan Attorney General Mike Cox, who contended that, under Michigan law, only people in the country legally could be issued a driver’s license.  Clearly, as other states have proved, that does not have to be the case.

Denying access to a driver’s license creates all sorts of hardship and trauma, says Ruby Robinson, co-managing attorney for MIRC. As Mr. Robinson points out, Michigan lags far behind most other states when it comes to providing adequate public transportation. That means undocumented immigrants who want to work – or shop for groceries, take their kids to soccer practice, visit a doctor, or perform any number of other functions that require a car -- must often rely on someone like Ms. Sanchez to ferry them back and forth, creating an unnecessary expense for people working for low wages. It is either that, or risk getting caught driving without a license.

The situation is no different for those who must travel long distances.

“Bus and train travelers across the northern U.S. report being stopped, questioned and detained with increasing frequency since the first year of the Trump administration,” according to a recent report from NBC News. “That year, Customs and Border Protection (CBP), the agency that oversees the Border Patrol, reversed an Obama-era decision to restrict approval for those operations.

“In November 2017, according to emails obtained exclusively by the ACLU of Maine through a public records lawsuit and provided to NBC News, a Border Patrol official in Maine told agents they were ready to begin boarding buses and wished them ‘Happy hunting!’”

Instead of making undocumented immigrants feel like prey, allowing them access to driver’s licenses provides a host of benefits, both to them and to society. As outlined by the Catholic Legal Immigration Network, some of those benefits are:

As much sense as changing the law makes, Mr. Robinson of MIRC is doubtful the current legislature, which remains under the control of conservatives, will pursue a course of action that is both practical and humane.

“I think getting the legislature to allow undocumented immigrants in Michigan to obtain driver’s licenses at this point is a steep climb,” he says.

But that isn’t stopping advocates from pressing forward on the issue. Led by a local chapter of the group Cosecha (which means “harvest” in Spanish), activists were recently able to convince the Kalamazoo City Commission to unanimously pass a resolution urging the Michigan Legislature to change the law and allow undocumented immigrant residents to receive driver’s licenses.

“Passing that resolution was a beautiful thing,” says Nelly Fuentes, a community organizer and Cosecha volunteer in Kalamazoo. “We’re only just starting to get this ball rolling.”

Plans are in the works, she says, to urge local units of government in other parts of the state to pass similar resolutions. Doing so is a way to demonstrate widespread support for the issue and put pressure on state legislators to change the law in a way that benefits all of Michigan.

If that eventually happens,  Ms. Sanchez will have to find a new line of work. That’s a day she welcomes gladly.

“We’re all human,” she says. “We all have families. And we all have dreams. This is supposed to be the land of opportunity. But the way the law is now, a lot of people are needlessly being denied access to that opportunity.”

ACLU Applauds Michigan Lawmaker for Introduction of Bills to Allow...