ACLU Announces Statewide Prosecutorial Accountability Campaign, “The Power of Prosecutors,” Ahead of 2020 Elections 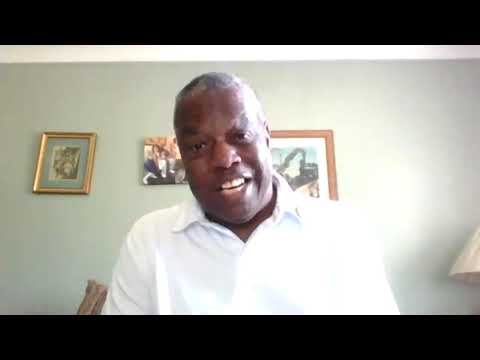 DETROIT, Mich. – Today, the American Civil Liberties Union of Michigan (ACLU) launches its statewide prosecutorial accountability campaign, “The Power of Prosecutors” ahead of the 2020 elections. The mission of the campaign is to advance a vision for a fair and just criminal legal system that strives to end mass incarceration and eliminate racial disparities. To achieve this goal, the campaign is educating Michigan voters across the state about the power prosecutors have to shape the criminal legal system in their community and where they stand on key issues, including police accountability, racial justice, and transparency.

“Across the state, people are protesting to demand police accountability and end systemic racism that permeates every facet of our nation, including our criminal legal system,” says Jessica Ayoub, ACLU of Michigan Public Engagement Strategist.  “No single person has as much power in our communities to bring true justice to our criminal legal system than the county prosecutor.  As the elected chief law enforcement officer, prosecutors must strive to reflect the views and priorities of their constituents, who are increasingly supporting measures to end mass incarceration and demand transparency in decision-making.”

The civil rights organization sent the 110 candidates running for county prosecutor throughout the state its briefing guide, “The Power of Prosecutors: A Platform for Smart Justice,” which outlines critical policy reforms needed to end mass incarceration and advance racial justice in our criminal legal system. Along with the guide, all candidates received a survey asking where they stand on combatting racism, police accountability, clearing marijuana convictions for now legal amounts, investing in alternatives to incarceration, and other factors key to overhauling the criminal legal system. All survey responses are housed on the newly launched Smart Justice MI website, smartjusticemi.org.

Today’s campaign launch also includes a public forum June 18th, at 6:00 pm, where all Oakland County prosecutor candidates were invited to discuss their views and answer questions. The forum is co-hosted by the ACLU, Michigan Liberation and the Working Families Party and will be moderated by 46th District Court Judge Debra Nance.

Our partners at Michigan Liberation have said the following:

“In the criminal legal system, the prosecutor is the most powerful actor and has substantial influence over every step of the process, from arrest to sentencing. We are co-hosting this forum with the ACLU of Michigan and Working Families Party because we want Oakland County voters to make an informed decision about their prosecutor. Our work is rooted in years of listening to personal stories and building relationships with those directly impacted by the criminal legal system. This guides our campaign and highlights the need for transformative change to the culture of prosecutor offices statewide.”

The launch of the prosecutorial accountability campaign is part of the ACLU’s Nationwide Smart Justice Campaign which aims to cut mass incarceration in half and end racism in the criminal legal system through reforming pretrial practices, sentencing laws, and holding prosecutors accountable.

The ACLU of Michigan is a nonpartisan organization and does not support or endorse candidates.

The Campaign for Smart Justice website which houses prosecuting attorney candidate responses can be found here.

The link to register for the Oakland County Candidate Forum can be found here.