ACLU Files Complaint with the U.S. Department of Justice Urging the Federal Agency to Investigate the Taylor Police Department for Excessive Force 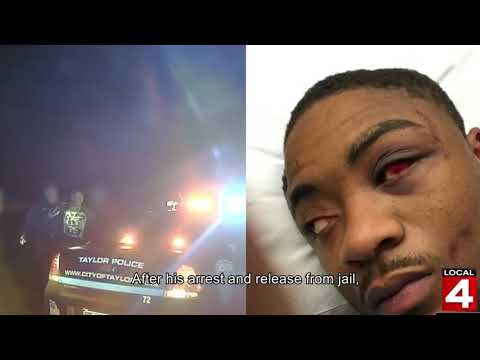 The civil rights organization is calling for the investigation to bring about police reform, including training, transparency, and accountability.

TAYLOR, Mich. – Today the American Civil Liberties Union of Michigan (ACLU) filed a complaint with the U.S. Department of Justice (DOJ), urging its Civil Rights Division to immediately investigate the Taylor Police Department’s (TPD) history of police brutality and use of excessive force. The filing references 20 incidents of violence by TPD officers, many of which raise concerns about the possibility of racial bias.  A federal investigation is necessary to spur fundamental changes concerning the police department’s culture and personnel, as well as the adoption of much needed policing reforms.

“A new culture and a new vision of public safety are needed for the Taylor Police Department,” said Mark P. Fancher, ACLU of Michigan’s Racial Justice Project staff attorney. “For years, brutality and excessive force have been embedded in the Taylor Police Department’s culture, and too many of the officers have behaved as if they are an occupying army in a war zone. No one should have to live in fear of the very people who are supposed to protect and serve them. That’s why we call on the Department of Justice to investigate and do what it can to eliminate violence, escalation of tensions, and racially biased policing.”

The complaint also details how TPD and City of Taylor fend off potential lawsuits by bringing charges against victims, and subsequently offering to drop the charges in exchange for the victim agreeing not to sue the department.  Some of the documented incidents include:

“Our objective is to put leadership in Taylor in a position where it has no alternative to making fundamental changes in the police department, and that such changes will ensure that law enforcement is not only bias-free, transparent and accountable, but also suited to the actual needs of the city,” Fancher said. “Taylor needs a department of responsible, skilled professionals who are equipped to deal with not only violent crime, but also other situations like mental health crises, drug emergencies and community disputes. We want a new reality, where when police officers say, ‘Welcome to Taylor,’ they actually do all they can to ensure all people are treated with dignity, respect, and are welcome.”

Today’s complaint follows the ACLU’s 2017 letter to the TPD leadership, urging the department to implement de-escalation training and policy changes after the unnecessarily violent arrest of Calvin Jones, including a chokehold of Mr. Jones that he says made him lose consciousness. In response, the city’s attorney sent a letter attempting to justify the actions of the involved officers.

Importantly, while there is longstanding documentation of violent TPD misconduct, the purpose of this complaint is to spark policy and cultural change in the police department. The ACLU believes that modern and progressive reform for TPD requires re-envisioning what public safety looks like for the city, including:

Watch the press conference today at 10:30 a.m. live-streamed on the ACLU of Michigan Facebook page.

The ACLU published a video that compiles the recent incidents of abuse by the TPD for the first time, which is available here: https://youtu.be/CoHBbMCzVX4