DETROIT – The City of Birmingham has adopted a new free speech policy to settle a federal lawsuit brought by the American Civil Liberates Union of Michigan on behalf of an animal rights activist who was arrested while peacefully demonstrating on a public sidewalk outside a fur store.

Under the new policy, protesters are allowed to stand on a public sidewalk to express their views and are not required to “keep moving” as had been previously required. U.S. District Judge Stephen Murphy signed a consent judgment today, bringing an end to the litigation.

“This new First Amendment policy represents a solid step forward for civil liberties in Birmingham,” said Dan Korobkin, staff attorney for the ACLU of Michigan. “The rights to assemble, petition, protest and leaflet without police interference are vital to American democracy, and nowhere are those rights more protected than on our public sidewalks.”

Beth Delaney, an animal rights activist who participates in peaceful protests and other events to raise awareness and educate the public about animal rights and cruelty, was arrested by Birmingham police on December 15, 2012, when she was standing on a public sidewalk outside a fur store holding a picture of two rabbits on a sign that said “Fur Kills; Don’t Buy It.” Delaney was peacefully demonstrating along with a few other members of an animal rights group called the Southwest Michigan Animal Rights Team (SMART). 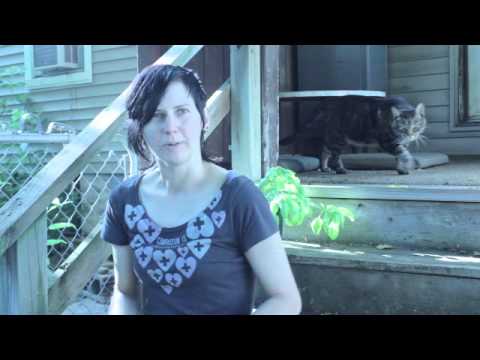 Video footage showed that Delaney and the other protesters were not interfering with pedestrian traffic or blocking the entrance to the store. However, an employee of the fur store called the police to complain, and two Birmingham police officers told Delaney and her colleagues from SMART that they were violating an ordinance that requires protesters to “keep moving” at all times. In fact, there is no “keep moving” requirement under any Birmingham ordinance or state law.

When Delaney questioned the officers and asserted her free speech rights, she was handcuffed and taken to the police station where she was charged with loitering. The ACLU filed suit last month, asserting that the arrest and Birmingham’s policies on sidewalk protesters are unconstitutional.

According to the new First Amendment policy, Birmingham has agreed that sidewalk protesters are not required to “keep moving,” so long as their conduct does not impede pedestrian traffic or obstruct the entrance or exit of any business.

Birmingham has also agreed to distribute the new policy to its police officers and remind them again about the policy before the next holiday season when more demonstrations outside the fur store are likely to take place.