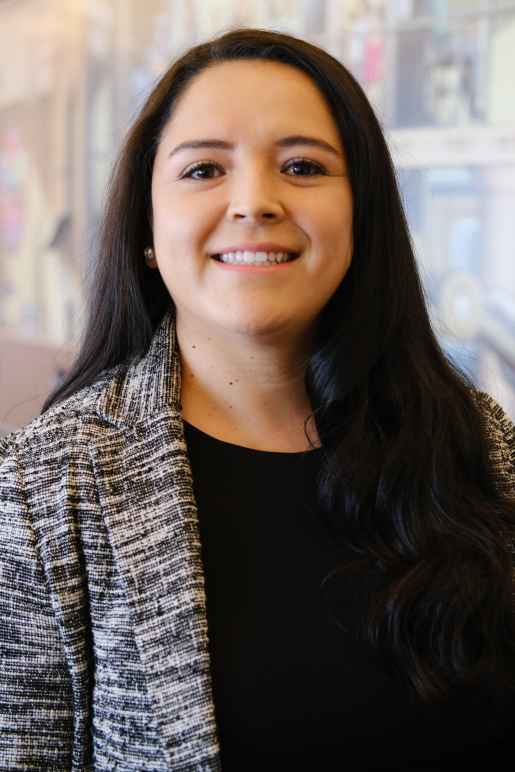 Monica Andrade is the Immigrant Rights Staff Attorney with the ACLU of Michigan, where she advocates for and protects the civil rights of the immigrant community. In this role, she has been involved in many of the ACLU’s legal challenges on behalf of immigrants’ rights, including Hamama v. Adducci, Malam v. Adducci, Michigan Immigrant Rights Center v. Department of Homeland Security, and multiple lawsuits on behalf of Jilmar Ramos Gomez, a U.S. citizen and Marine Corps combat veteran who was unlawfully detained by ICE and placed in proceedings based on his ethnic background.

Monica earned a bachelor’s degree from Northern Arizona University where she majored in Social Work and a law degree from Michigan State University of Law. She first joined the ACLU of Michigan as a Skadden Fellow.

Before joining the ACLU of Michigan, Monica represented children in immigration court through MSU’s Immigration Law Clinic and handled eviction cases at the Harvard Legal Aid Bureau through an Equal Justice America Legal Service Fellowship. She was also an intern at the ACLU of Arizona and a judicial extern for Michigan Supreme Court Justice Bridget Mary McCormack. Prior to law school, Monica was a case worker at an in-custody substance abuse treatment and education program in Flagstaff, Arizona where she worked with individuals to develop transition and treatment plans post-release.

In 2020, Monica was selected by the Detroit Bar Association as the recipient of their Outstanding Young Lawyer award. She is also the current Co-Chair for the Michigan Coalition for Immigrant and Refugee Rights.