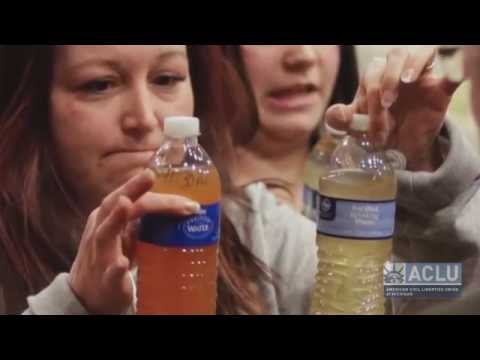 In 2016 the ACLU of Michigan and the Education Law Center filed a class action lawsuit against the State of Michigan and local school districts over the systemic failure to provide an adequate education for children with disabilities in Flint. In the wake of the Flint water crisis, in which the population of an entire city (including approximately 30,000 children) was exposed to lead, our investigation revealed that the public school system lacks the resources, support and expertise needed to properly screen children for disabilities, to address the educational needs of children who have or are at risk of developing disabilities, and to ensure that students with disabilities are not unfairly disciplined, restrained, or excluded from public education.

In 2017 Judge Arthur Tarnow denied the defendants’ motions to dismiss. We then filed a motion for a preliminary injunction to require the state to provide comprehensive neuropsychological screening for all children who had been exposed to lead. In 2018 the state agreed to settle that part of the case by funding a first-of-its-kind initiative that will provide every child in Flint with access to an independently-run, state-of-the-art screening program designed to detect disabilities associated with lead exposure. Following additional discovery and negotiations, in August 2020 we settled the remaining claims in the case.

The settlement includes at least $9 million from the state to establish a fund for special education services for students impacted by the water crisis, $2 million in additional funding from the county, and a commitment to undertake a comprehensive assessment and modification of Flint-area special education plans and policies over the next year.

ACLU of Michigan and Education Law Center Sue to Protect...

ACLU of Michigan and Education Law Center Call on State to Protect...