With the state legislature on a two-week spring break, it’s an opportune time to talk about other avenues of lobbying around which the ACLU of Michigan organizes our policy efforts. Having support from elected House and Senate members is crucial to passing legislation that furthers our policy goals, and gaining that support often looks much more like a road map than simply checking off a list of supportive legislators.

Trusting in the premise that “all politics is local,” our lobbying efforts generally start with an assessment of the influencers on those we are seeking to influence. One such avenue includes the various local governance boards, administrative directors and caucus leaders who are critical to advancing certain of our policy goals. Sometimes, we work these avenues to gauge support or opposition; sometimes we try to soften the ground for a strategic campaign; other times, we are working to establish advantageous partnerships.

The best current example of how we follow this lobbyist road map can be seen in our strategy to amend Michigan’s civil-rights laws to include LGBTQ protections. While a bill is introduced just about every legislative session, getting the bill signed into law is ultimately dependent on navigating a path to success.

We started in Michigan by mapping out a geographically significant plan to pass non-discrimination ordinances in municipalities around the state. At this point, there are more than 40 municipalities with ordinances that prohibit LGB and/or LGBT discrimination. Additionally, the LGBT community has worked to gather more than 300 statewide signatories of LEAD (Local Electeds Against Discrimination) statements. Advocates for LGBTQ rights have worked with the boards of at least 23 universities and colleges and hundreds of Michigan public and private schools to adopt non-discrimination policies.

Following this map accomplishes a few things: we grow a culture of expectation for legal LGBTQ protections; we build a farm team of elected officials who are supportive of LGBTQ legal protections; and we shape a grassroots movement of advocates and activists to advance statewide legal protections. 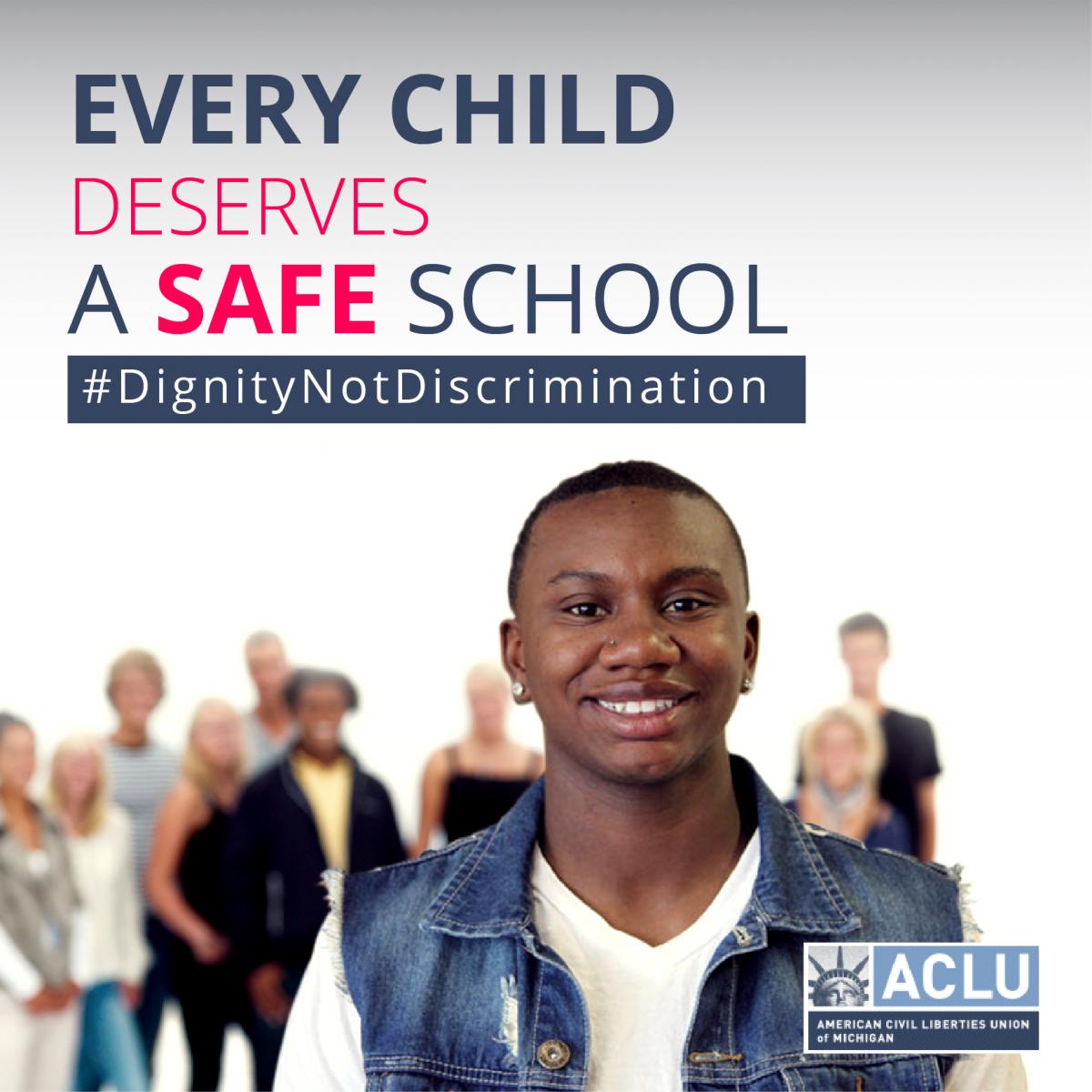 At the state level, several departments have advanced LGBTQ rights. With the support of and at the urging of the LGBTQ community, the Michigan Department of Civil Rights through the Michigan Civil Rights Commission adopted a model LGBT non-discrimination ordinance. The State Board of Education has developed, as part of its strategic goal to put Michigan’s education system in the “top 10 in 10 years,” Guidance for Safe and Supportive Learning Environments for LGBTQ Students. Public comment is being taken on that guidance through May 10, and we encourage your supportive comments to the State Board of Education.

More than a decade ago, the Michigan Civil Service Commission instituted a non-discrimination policy that included same-sex partner recognition.  And, after a protracted legal battle against the ACLU, the Michigan Secretary of State finally made some forward movement to assist transgender individuals in changing their gender designation on driver’s licenses and state identification cards.

The LGBT community has received high-profile support from other political leaders. At least 12 local chambers of commerce publicly support a statewide non-discrimination law. And inside Lansing, Michigan’s Senate and House Democratic Caucuses, The Progressive Women’s Caucus, and the Michigan Legislative Black Caucus are on board with a statewide, fully inclusive, LGBTQ law.

These successes help to create an atmosphere of progress inside of state government, which we expect will influence our elected officials to support policies that they themselves live under and are regarded as positive and effective.

Working this roadmap, along with a concurrent legal strategy that chips away at discriminatory practices, we will eventually reach our goal of passing a state law. Along the way, the effort that goes into the journey helps us to educate the public to promote understanding and helps to build cohesive LGBTQ community.