With a history of civil liberties stretching back almost a century, the ACLU has got plenty of amazing cases for #TBT. Every Thursday, we'll be sharing updates on cases pulled from our archives of work in Michigan and beyond.

This week, let's take a look at a blog about the 2008 police raid at the Contemporary Art Institute of Detroit, including an update on the case.

As a Wayne State University student, it’s hard to listen to people complain of a lack of things to do in Detroit.

Although sometime's the landscape looks a little dismal, there are so many ways to experience the city, from the neighborhood bars to the city’s beautiful architecture to a visit to an art gallery.

Like any place that is as culturally rich as Detroit, it’s these experiences that make students and residents feel connected to the city. So when I heard about the raid of the Contemporary Art Institute of Detroit during it's monthly Funk Night, I was not just concerned about the violation of people's civil liberties but also worried about the future of a cultural institution that I love.

The raid took place back in 2008, and more than 100 people were arrested and charged with loitering by the Detroit police. Also, more than 40 legally parked cars were impounded. This wasn't some crazy rave or illegal warehouse party. The CAID has been promoting art in the city for 31 years.

Although the Detroit police have since dropped all criminal charges, the incident has still sent a powerful message. With police action like this, those who come to the city looking to experience art and culture might think twice before attending another event in the city. And that's a shame.

The American Civil Liberties Union of Michigan filed a federal lawsuit today to stop the DPD from punishing innocent people who are just trying to have a good time in the city. For those who were at this event, the damage has already been done.

It's time that DPD understands that such raids only hurt the city – it’s not illegal for young people like me to gather in the name of art.

UPDATE: A federal judge agreed with us and ruled the 2008 raid in which 130 innocent CAID patrons were detained and their cars impounded unconstitutional. Police had no evidence that the patrons had broken the law and no illegal drugs or weapons were uncovered during the raid. Read more...

The CAID raid was recently featured on Last Week Tonight with John Oliver. Check out his take on the case below (the Detroit segment starts at 7:30). 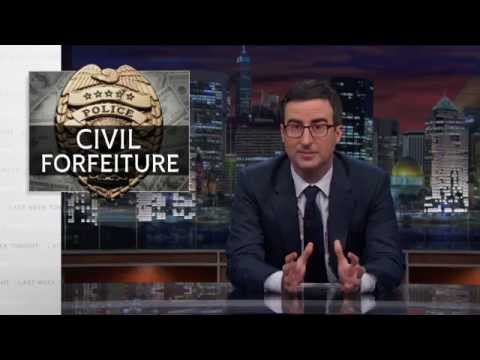 It may be funny, but raids like this illustrate an alarming trend. This past June, the ACLU issued War Comes Home: The Excessive Militarization of American Policing to shine a light on the militarization of policing, and in particular the unfair impact of militarized policing on communities of color.

Food Assistance Cut Off Without Due Process