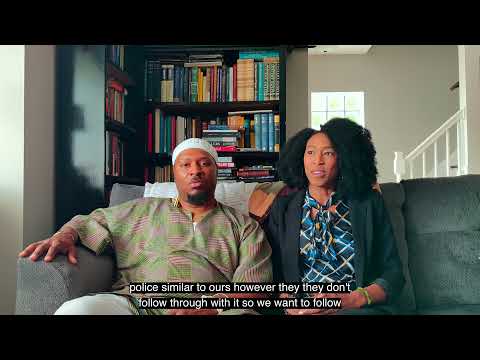 The lawsuit alleges that the unlawful stop and thousands like it are the direct result of MSP willfully ignoring a record of racially disparate traffic stops over a period of years and failing to engage the assistance needed to correct practices and policies that cause racial profiling.

For years, the ACLU of Michigan has attempted to maintain a dialogue with MSP directors, urging them to hire an expert to review the agency’s policies and troopers’ practices. While MSP recently implemented a new policy regarding immigration-related stops, despite repeated ACLU requests MSP has been unwilling to hire an expert to evaluate troopers’ overall racial profiling practices and implement appropriate reform measures.

"We have practically begged MSP to seek assistance with a racial problem well known to the agency, and their refusal to do it has caused unquantifiable misery for people of color," said Mark P. Fancher, staff attorney for the ACLU of Michigan’s Racial Justice Project.

MSP has responded to its documented history of disproportionately stopping Black drivers and other people of color by obtaining more data, but the agency refuses to engage experts to conduct an examination of the troopers' daily practices for purposes of identifying the causes of the disparities as well as measures that can be taken to eliminate racially discriminatory traffic stops.

The plaintiffs in today’s lawsuit, Camara Sankofa and Shanelle Thomas, were pulled over by MSP troopers, while driving home from work in August 2019. They were accused of running a red light along 8 Mile Road in Oak Park, although in fact they had done nothing to justify a traffic stop and were never ticketed for a traffic violation.

The law requires officers to detain people in a vehicle no longer than the time needed to issue a warning or a ticket. However, MSP troopers detained Mr. Sankofa and Ms. Thomas for almost 90 minutes. When a trooper asked Mr. Sankofa if the couple had drugs in their car, he insisted they did not. Nevertheless, without any evidence of illegal activity, the troopers searched the couple and their vehicle and even deployed K-9's to search the car. After no drugs or contraband could be found, the troopers finally allowed the couple to leave.

“Being a Black man in America, I know that any encounter with police can cost you your life, which is why I obey all traffic laws and have not had a ticket in the last 28 years I have been driving,” said Mr. Sankofa. “This traffic stop was humiliating, and has left a lasting impact on me, including the fear I feel every time I get behind the wheel. I want to help stop this from happening to anyone else.”

“Police officers are supposed to be trusted public servants, but they violated our trust when we were pulled over for driving while Black,” said Ms. Thomas. “I understand that being an officer is a difficult job, but they must understand the fear they instill in us every day because of the countless experiences throughout the nation of Black people being pulled over, detained, beaten and killed simply for existing.”

Today’s lawsuit claims that MSP’s stop, detention, and search of the couple violated their constitutional rights under the Fourth Amendment’s protections against unreasonable searches and seizures as well as the Fourteenth Amendment’s guarantee of equal protection under the law.

“Racial profiling is not only unconstitutional, it is bad policing,” said Fancher. “Studies show people of color are less likely to be carrying drugs or contraband, but racial profiling consumes law enforcement’s time and energy in many fruitless investigations.”

The lawsuit, Sankofa v. Michigan State Police, was filed in the U.S. District Court for the Eastern District of Michigan. In addition to Fancher, the plaintiffs are represented by ACLU of Michigan Cooperating Attorney Nakisha Chaney and ACLU of Michigan Legal Director Dan Korobkin.

Here is a link to a video of the traffic stop and our clients’ interview:  https://youtu.be/pMm69L1MzGc