A government official writes a hateful blog about a gay activist. A high school teacher is suspended for removing students for anti-gay slurs. A couple college kids burn a rainbow flag during Pride week.

As the staff attorney for the Lesbian Gay Bisexual and Transgender (LGBT) Project here at the ACLU, I’m often asked to comment on situations that pit bigoted speech against LGBT equality.

I say that though I disagree with anti-gay sentiments, freedom of speech is one of our most essential rights and shouldn't be limited.

It never fails that after I'm quoted defending free speech, I get calls from those who think the ACLU is supporting intolerance. It's just not so. We believe that an equitable society must come through ensuring that everybody enjoys the guarantees within the Bill of Rights. That's what makes America unique: people have the right to be bigots and to express their bigotry, the same as anyone else.

When we allow a majority to suppress speech, we are granting the same license to those who want to censor messages of LGBT equality. We should never forget some people might find a rainbow flag offensive, but we wouldn't accept having it banned or censored. Free speech is all or nothing. We can't pick and choose whose opinions are acceptable and whose aren't.

Ultimately, I believe that when we support everyone’s free speech rights, even bigots, we are ensuring a more tolerant future for all. Sweeping disagreement under the rug through censoring and isolating those who disagree will only worsen the divisions in our country.

The struggle for LGBT equality will not be won through censorship or by cutting off dialogue. Instead, we need exercise our own free speech rights: to talk and keep talking, working towards changing hearts and minds. 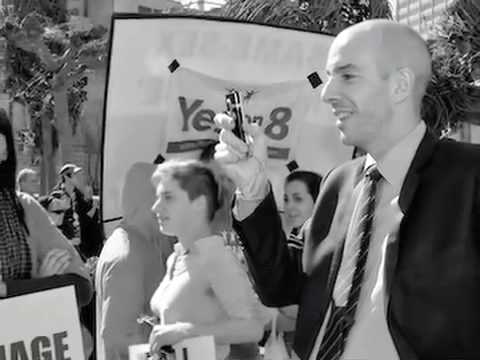 In the video above, ACLU Director Anthony Romero talks to protesters both for and against same-sex marriage. Whoever you agree with, it's a true First Amendment moment where all points of view are defended by the ACLU.