Kids Sentenced to Die in Prison 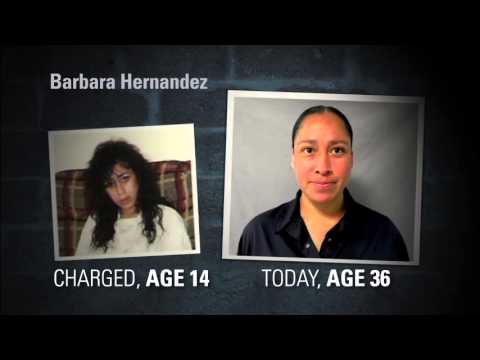 For over a decade, the ACLU has fought against Michigan’s cruel policy of allowing youth to be sentenced to life in prison without the possibility of parole. In 2010 we filed a class action lawsuit in federal court challenging the practice as unconstitutionally cruel and unusual punishment, resulting in a 2018 victory allowing hundreds of youth to be considered for early release and an eventual settlement in 2020. In 2021 and 2022 we joined the Juvenile Law Center in filing friend-of-the-court briefs in multiple cases that had reached the Michigan Supreme Court. In a series of opinions released in July 2022, the Michigan Supreme Court agreed with our position that the Michigan Constitution provides greater protections to youth facing life sentences. The Court held that a life sentence cannot be automatic for 18-year-olds, and judges must consider their youth at sentencing like they would for those under 18. The Court also held that for children charged with lesser, second-degree offenses, a life sentence (including with the possibility of parole) is categorically unconstitutional and cannot be imposed. Finally, in cases where prosecutors are still allowed to seek life-without-parole sentences for youth, the Court held that they must meet a “clear and convincing evidence” burden of proof. Hundreds of youth will now be eligible for resentencing based on these new, more protective, constitutional rules. (Hill v. Snyder; People v. Poole; People v. Stovall; People v. Taylor; ACLU of Michigan Attorneys Bonsitu Kitaba-Gaviglio and Dan Korobkin; National ACLU Attorneys Steven Watt and Brandon Buskey; co-counsel Marsha Levick and Riya Shah of the Juvenile Law Center, Tessa Bialek and Sarah Russell of Quinnipiac University School of Law, and Deborah LaBelle.)

Pretrial Release During the COVID-19 Pandemic