SOUTHGATE, Mich. — The ACLU of Michigan sent a letter to Creative Montessori Academy, a public charter school, demanding that it revise its school enrollment process because it violates the constitutional rights of undocumented school-age children.

The school’s enrollment process requires parents to provide immigration status and place of birth. The school also requires a parent to provide a Michigan driver’s license, which is only available to U.S. Citizens or individuals who can prove lawful presence. These requirements effectively deny undocumented children their right to a free public education, which the constitution guarantees from kindergarten through 12th grade. 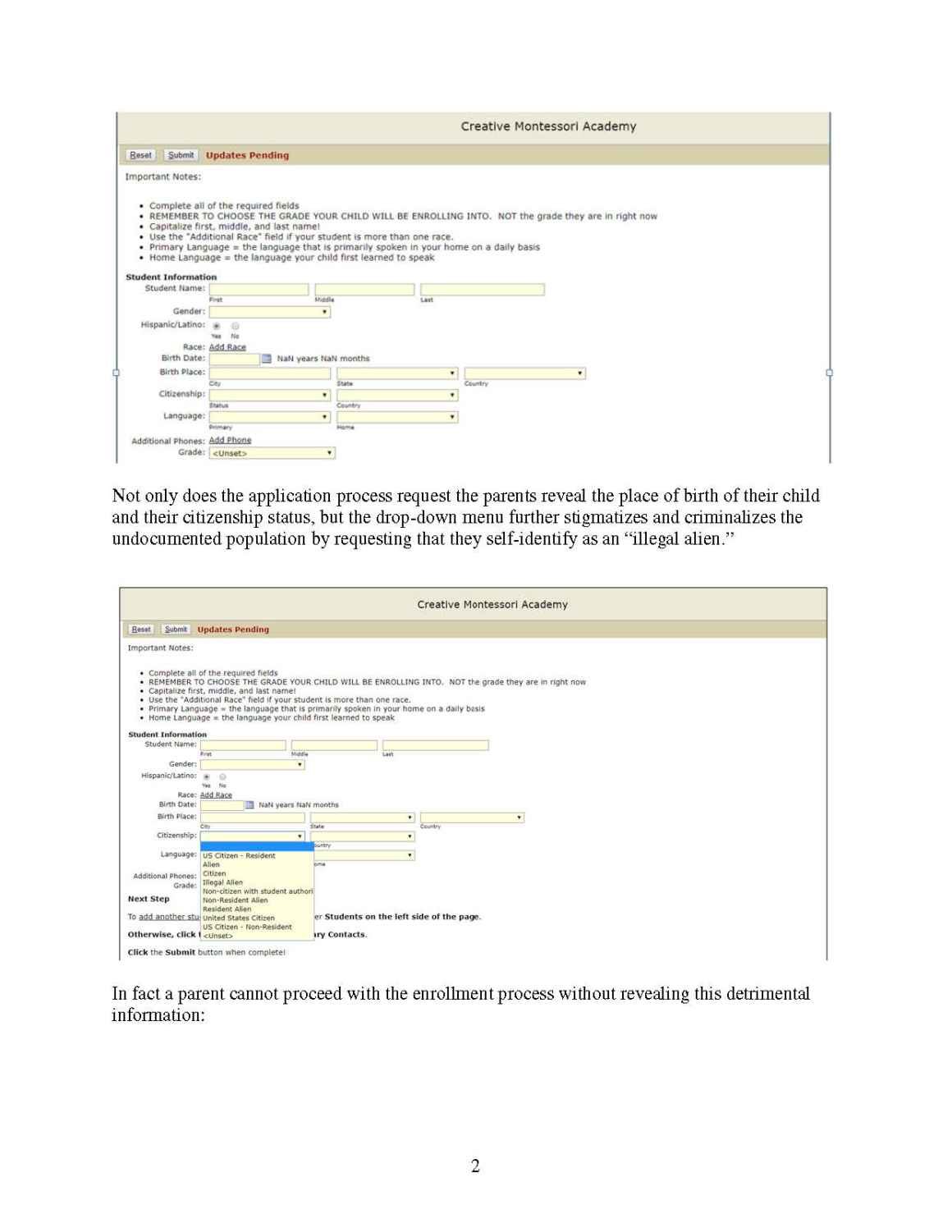 The letter was sent following a complaint from a parent, Rita Aceves, who is a U.S. citizen and whose children attend the school.  Aceves came forward after going online to enroll her child in the school and discovered the new requirements. Although Aceves believes that Creative Montessori Academy is an excellent school, she was shocked and distressed by the enrollment process and how it would prevent some students from enrolling.

Not only is Creative Montessori Academy erecting barriers that prevent children, who are not documented, from attending the school. But the process stigmatizes children because of their immigration status.

The ACLU is asking that the school immediately eliminate requirements regarding immigration status, place of birth and proof of a valid Michigan driver’s license. We asked that the school add alternative ways to prove residency. The letter was also sent to Wayne RESA, which authorized and is responsible for overseeing the academy, and Choice Schools Associates, which manages the academy.