Throughout 2015, black students across the country were forced to face down racial hostility and violence on college campuses that seemed drawn straight from the Jim Crow era.  In addition, a leading presidential candidate spent much of the year promising to build a wall to keep out Mexican immigrants.

To make matters worse, my governor, Rick Snyder, and many others tried to “pause” on admitting Syrian refugees into this country simply because of their ethnicity and/or religion.

Meanwhile, Planned Parenthood, one of the great protectors of women’s health in this country, was constantly threatened with closure by congressional legislators and gun-touting terrorists intoxicated with delerium who do not like the (entirely legal and necessary) service that it provides.

And, of course, many of our American compatriots (many of color) continued to be unnecessary victims of fatal police violence.

Sadly, I expect the assault on civil liberties to continue in 2016—but I’m hoping we will be much more successful in blunting this attack, especially in our courts. 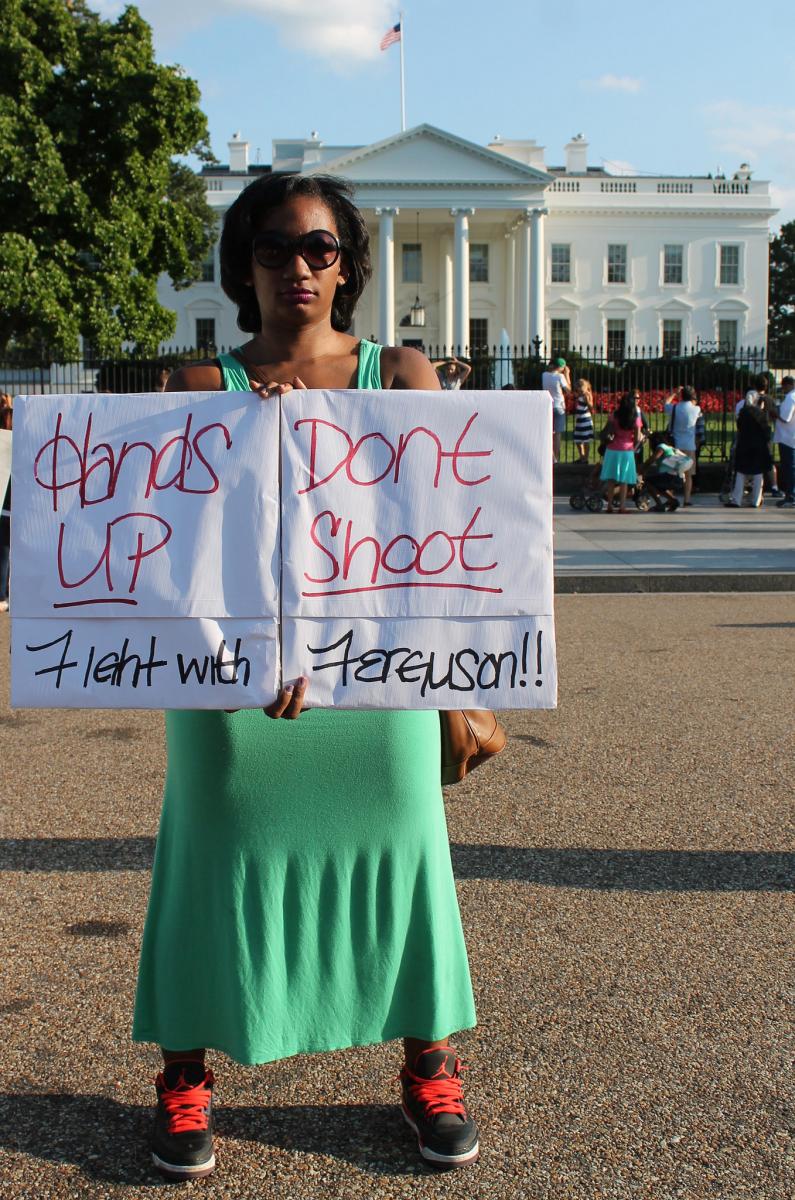 Even as executive and legislative leaders toil to deprive minorities and women of their rights, the judiciary remains critical to ensuring that this tyranny of the majority does not win the day.  Although many judges have perpetuated their own biases through their opinions, the court seems to offer the best hope of ensuring that the gutless, oppressive actions of our elected leaders do not stand.

However, because so much of our judicial system is built on precedent, where past decisions guide future outcomes regardless of how unfair or wrong those decisions might be, there is a certain fearfulness inherent in my profession that prevents us from being the true defenders of democracy that our country needs us to be. No one wants to be the one responsible for bringing the case which results in the bad decision; no one wants to be the attorney who loses an important civil rights issue.

And so, too often, we lawyers do nothing but wait. Wait until the other branches already appear ready to move in the right direction.  Wait until the majority population is finally ready to allow others to share part of the American Dream. Wait until America is on the cusp of a major civil rights breakthrough (often after decades of struggle and loss of life).

It’s not until after all this waiting that we feel ready to take legal action. And when we win, we take credit for the change that has occurred—as through it weren’t activists, journalists, educators and a fed-up public who were the true catalysts.

That is undoubtedly a safe strategy. But is it the right one?

I live in a country where unarmed people of color are shot down by the people we pay to protect them every month—for instance, an unarmed black Detroit man was gunned down by a Dearborn police officer just before Christmas—and yet no significant police reforms have been implemented.  I live in a state where government officials created conditions that allowed residents to be poisoned by lead-tainted water.  I live in a time when government leaders feel empowered to deny entry to this country on religious grounds.  I live in an era when hospitals feel entitled to turn away women who need emergency reproductive care and leave them to die—and then claim that such a barbaric decision is their right under the First Amendment.

I live in an America that is very close to hitting rock bottom.

In years past, we at least purported to embrace the American ideals of universal liberty and equality, even though our collective actions demonstrated otherwise. Now, though, we are ready to throw away even that pretense of freedom. 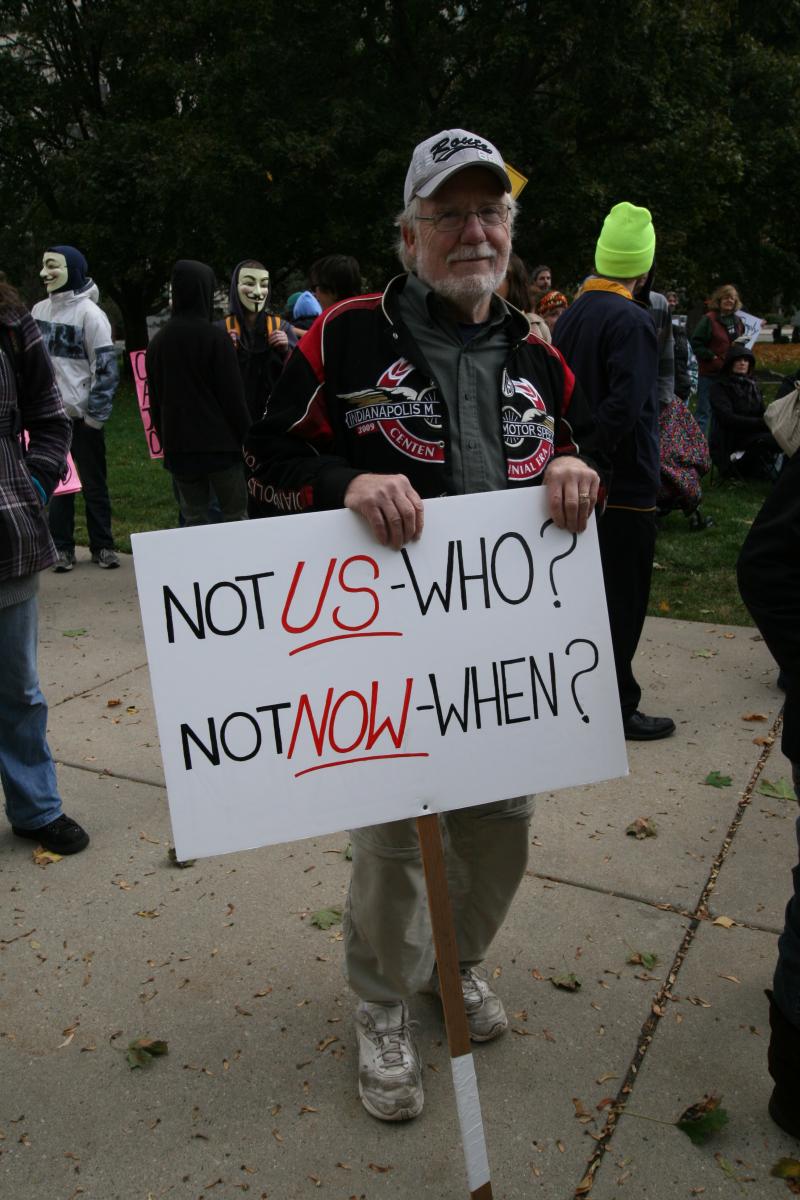 To keep us protected from terror?  Not when most of the terrorist acts committed in this country in 2015 were by white men with guns—but there is no serious effort underway to reform regulations that make firearms so easily accessible.

To protect the sanctity of life?  Not when we are perfectly comfortable leaving Middle Eastern refugees in a war zone to die.

There is no logical answer to why we have so wantonly abandoned even the semblance of freedom in many cases.

In this period of mass hysteria, now is not a time to play it safe. This is a time when those of us with legal educations need to brandish those law degrees in a forceful way.   We need to use every legal tool in our arsenal to fight back xenophobia.

Remember, the judicial branch is not empowered to do anything on its own. It must wait until cases and controversies are brought before it—by us. Attorneys should be the ones bringing those cases, fighting them as part of the front lines of the struggle for freedom and justice.

We need to reassess the standards for our profession. A win in court is not a victory if it does not promote fairness and equality. Defense of laws or constitutional principles grounded in white supremacy is not noble (or warranted) when it perpetuates systematic oppression of others.  Victories come when we get closer to that elusive American ideal of freedom for all.  And those victories can come from the fight itself, regardless if we win or lose. .

Such is my wish for the newly minted year.

I hope that the country’s lawyers (myself included) receive a heaping dose of courage to take our place in this country’s democratic scheme: courage to  use the judicial branch to check the havoc wreaked by the other two; courage to fight even when winning is uncertain; courage to stand up for what’s right even if that means losing a friend or ally in the process.

In the New Year, I hope we act with that courage. Otherwise, next holiday we risk ending up with not only a lump of coal, but also a country devoid of any democracy.