Bulldozers at Their Door

As part of the legal team representing approximately a dozen Old Order Amish families locked in a years-long dispute with Lenawee County, the ACLU of Michigan was in court this week advocating for the community’s constitutional right to continue living in accord with their deeply held, longstanding religious beliefs.

Lenawee County is illegally trying to force every Amish family within its borders to either rely on technology their religion forbids or have their land seized and homes demolished.

Seeds of the conflict were sown in 2015, when members of a growing Amish community in Hillsdale County began moving to newly acquired farms in neighboring Lenawee County, located in southeast Michigan. Following the move, they continued to live the way Old Order Amish families have for generations, which includes using outside privies as their toilets and then treating the resulting waste with lime before using it to  fertilize pastures, but not fields where food is grown for human consumption. It is a safe, sustainable, and scientifically sound agricultural method.

But Lenawee County won’t allow it, even though officials there admitted under oath they had no evidence of anyone ever being harmed by these families’ adherence to religious practices that have been in place for generations. Those same officials acknowledged being aware that a much larger community of Amish with similar practices in Hillsdale County has been able to live there harmoniously for decades. But rather than try to learn from Hillsdale’s experience of successful accommodation, Lenawee County has declared war on its Amish community.

After harassing the Amish community for years and refusing to listen to, or even acknowledge the sincerity of, the Amish’s explanations of their religious commitments, the county health department posted signs on the Amish families’ homes in 2019 condemning them as “unfit for human habitation.”  It then simultaneously filed lawsuits (Lenawee County Health Department v. Eicher) against every Amish family in the county. If successful, the lawsuits would result in forcing the families to pay for the demolition of their own homes and place liens on their properties. In effect, the lawsuits are an attempt to banish an entire religious community from Lenawee County. 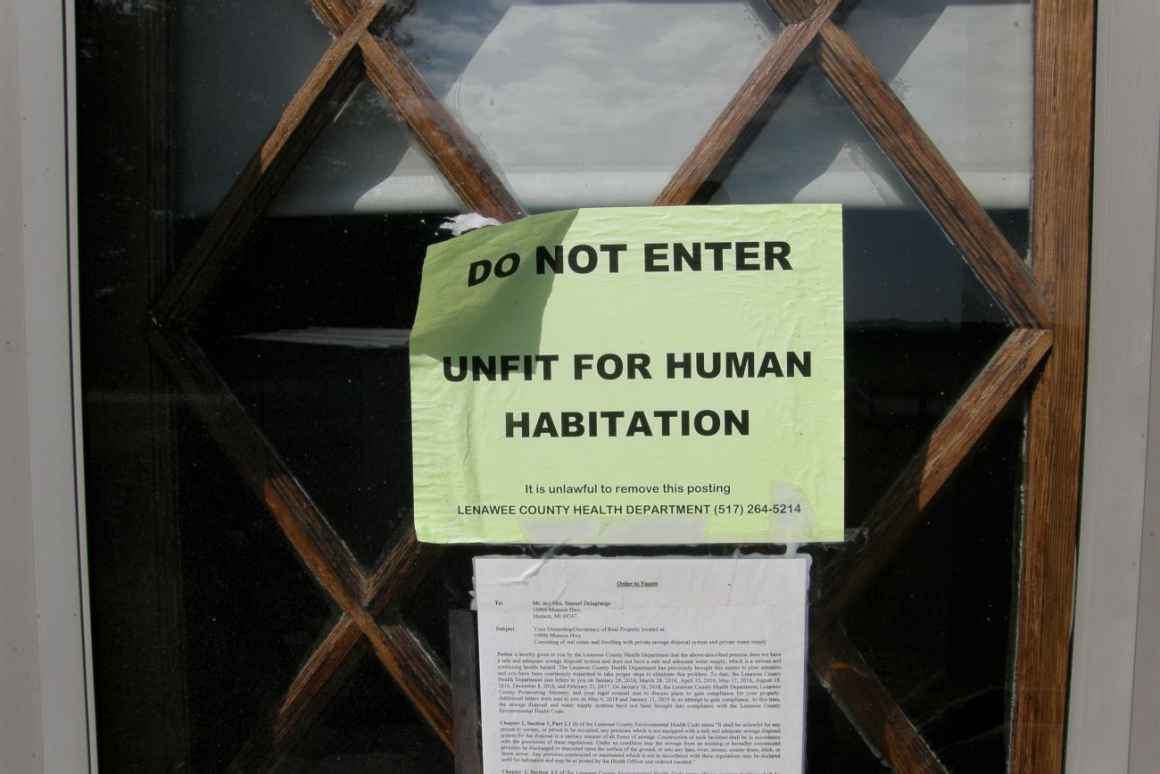 Shortly after that, the ACLU and the law firms Wright & Schulte, LLC and Cooper, Bender & Bender got involved and helped the Amish to file counterclaims against the Lenawee County Health Department for violating their constitutional and civil rights. The goal is to have the lawsuits dismissed and an injunction put in place that will allow the Amish to remain on their farms and be free to practice their religion safely and without government interference.

Throughout its interactions with the Amish, the county has been unwilling to even try to understand the Amish faith, going so far as to argue that the Amish devotion to living simply in harmony with the land is just a secular lifestyle choice rather than a religious commitment.  One of the  points county officials apparently fail to grasp is that not all Amish sects adhere to the exact same religious practices. The Amish community in Lenawee County is especially strict, adhering to their “old order” religious way of life by using water from wells and carrying it by bucket into their house, using outhouses instead of flush toilets, and not using electricity, cell phones, or automobiles.

Law of the Land

Importantly, this choice by the Amish to live in traditional ways, in accordance with their interpretation of Scripture, causes no harm to themselves or anyone else. It just means that they have to work awfully hard to prove their devotion to their faith. It is, simply, a life based on a commitment to self-toil and avoiding unnecessary entanglements with the modern world and its technology.

To deny them that life is to deprive them of the First Amendment’s protection of religious freedom as well as the protections available to them under the Michigan Constitution and the federal Religious Land Use and Institutionalized Persons Act, which limits the burden land use regulation can place on religious practices.

It is a position supported by the U.S. Supreme Court. Just last year, in a case nearly identical to this one (Mast v Fillmore Co, Minn), the Court came down on the side of the Amish.

Justice Neil Gorsuch explained the basis of the decision this way: ''In this country, neither the Amish nor anyone else should have to choose between their farms and their faith.”