Keeping Students Out of the School-to-Prison Pipeline

I recently had a conversation with an extraordinary woman who raised 15 children, both her own and those of other parents.

She managed to keep all of the kids out of trouble as they worked through Detroit schools, despite the heavy odds against them. After all, over 46,000 children were suspended from Detroit Public Schools in just one year.

She dealt firsthand with questionable disciplining of students in public schools and saw many of her children’s classmates get pushed out of school. She knew that these kids were at risk of ending up in prison and wanted to protect these children from being excluded from society.

We met at the end of a ACLU of Michigan Metro Detroit Branch discussion on policing in schools recently. She had come to learn more about how to fight the school-to-prison pipeline (STPP), a disturbing trend where children are funneled out of public schools and into the juvenile and criminal justice systems.

The ACLU of Michigan is working in school districts across the state to ensure students have the right to due process and zero tolerance policies that focus on dangerous weapons and violent behavior.

Schools seeking to create a safer environment for student often resort to zero tolerance policies that punish even minor misbehavior. These one-strike policies lead to suspension and expulsion rates that disproportionately affect minority students, a trend chronicled in our report Reclaiming Michigan’s Throwaway Kids: Students Trapped in the School-to-Prison Pipeline.

The school-to-prison pipeline phenomenon isn’t unique to schools in Detroit, nor exclusive to Michigan. This is a problem nationwide and stems from a mentality that treats our students like criminals.

In Delaware, a 6-year-old was expelled after he brought a camping utensil to school so he could eat his pudding at lunch, and another elementary student was suspended for bringing a pastry knife to school to cut a cake. In New York, a 12-year-old girl was handcuffed after she wrote on a school desk.

We've also formed committees to examine the school-to-prison pipeline in communities across the state. We’re working to raise awareness with school districts, starting by promoting an examination of discipline policies. We are also pushing for legislative reform of Michigan’s zero tolerance statute.

That extraordinary woman who cared for all children as if they were her own is joining the effort, and we hope you will too.

We are currently organizing volunteers to help in reaching out to school districts and elected officials so that we can create policy change. If you are interested in helping, email education@aclumich.org. 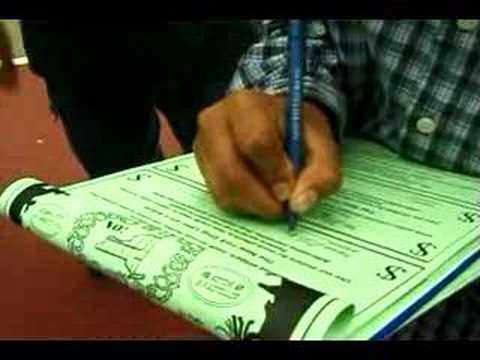 The ACLU is partnering with the Youth Justice Clinic to help students and parents dealing with discipline issues. YJC is offering free legal services for young people facing suspension or expulsion from schools in Detroit. The clinic will also provide legal representation to youth whose cases are referred to juvenile court. The mission of the Youth Justice Clinic is to ensure that all students in Detroit have access to quality legal representation at some of the most challenging moments in their lives.

If you have questions, need legal representation in juvenile court or have been notified of a pending suspension/expulsion hearing at school please contact the Youth Justice Clinic for a free consultation at (313)596-9805, or email formansa@udmercy.edu.

The School to Prison Pipeline