One Giant Step for Michigan: Indigent Defense Reform is Around the Corner

During the many years I practiced as a criminal defense attorney, I filed more pleadings requesting additional resources to investigate facts, more funding to support research into mitigating factors in my clients’ cases, and more time to properly prepare my case than I ever thought I would, or should have to.

Unfortunately, the criminal justice systems in which I practiced did not provide sufficient resources for an attorney to be effective in her work representing the poor. Sadly, many systems across the nation face this same challenge.

On the eve of the 50th anniversary of the landmark Gideon v. Wainwright decision, which guaranteed counsel to indigent (poor) defendants in felony cases, we still have systems in this country that only provide a few bucks per defendant for representation meant to secure their life and liberty. And you get what you pay for.

Michigan, for instance, where much of the indigent defense system relies on attorneys assigned to cases by judges and funded by the counties, is rife with the stories of poor defendants afforded shockingly minimal legal representation.

Take Rayshard Futrell – he was charged at age 17 with a murder he did not commit, convicted, and sentenced to life in prison without parole in the space of 6 months. His lawyer failed to review the videotape that would set him free; he failed to do necessary legal research; he did not push the presiding judge to authorize funds for a decent forensics expert.

Or Edward Carter, charged with a rape and robbery he did not commit, who served 35 long years before being exonerated and set free. His lawyer was less than two years out of law school, practicing on her own with no support or training – she failed to request fingerprint evidence the police should have turned over in the first place that would have established Mr. Carter’s innocence. You can watch a video featuring Futrell and Carter here: 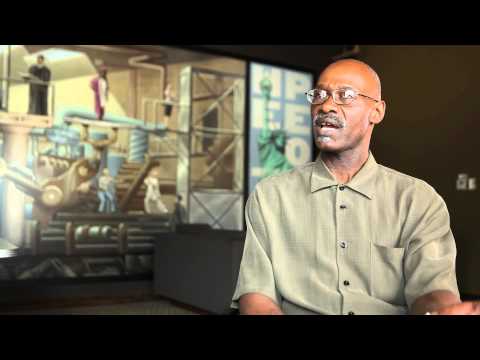 Lest you think fault lies solely with the individual attorneys, it is critical to note that attorney limitations can and should be remedied by a system that assures the attorneys its pays to represent the poor in criminal cases are qualified to do so, and provides training, review, oversight and resource assistance to them. Every state is required to provide effective counsel – you can’t just throw attorneys into court without the skills and resources to be successful. Michigan is behind almost every other state in the country in state spending on this fundamental constitutional requirement.

Another problem plaguing the appointed counsel system is that the livelihood of Futrell and Carter’s lawyers – and all who participate in the appointed counsel system – depends on the same judges who oversee their trials. This can create a conflict of interest for an attorney who wants to maintain his or her livelihood and also zealously represent the client, when a judge would rather move cases quickly than ensure defendants’ rights are protected. Many lawyers are concerned that if they do not toe the line in court (meaning, not represent the client too zealously) – and even, shockingly, if they do not donate to a judge’s election campaign – they may not continue to receive appointed cases and, as such, pay their bills and stay in business.

That all may change soon in Michigan. As a result of litigation and sustained advocacy by the ACLU and partners in recent years, including a detailed report on county systems, the Governor's Indigent Defense Advisory commission provided its findings and recommendations for improving the current indigent defense system to the House Judiciary Committee last week. Bipartisan legislation will be proposed next month with at least 74 co-sponsors that will incorporate the American Bar Association’s 10 Principles of a Public Defense Delivery System in the creation of Michigan’s first statewide, independent indigent defense system.

It is an abomination that innocent people serve days, years, and even decades wrongfully in prison – their lives are stunted, limited, and ruined by the inescapable knowledge that the laws written to protect their most basic legal rights failed them so completely. We look forward to the day that all Michigan defendants receive timely, consistent representation by qualified counsel who are carrying a reasonable caseload and who are supported properly by an independent, functional infrastructure.

We commend the governor and legislature of Michigan for starting down the path to fixing this broken system – we are thrilled that this constitutional crisis is expected to be repaired.

This blog is crossposted from the ACLU Blog of Rights.