When our state’s Supreme Court ruled this week that the state’s Elliott-Larsen Civil Rights Act (ELCRA) covers LGBTQ+ people, I thought about the civil rights hero Aimee Stephens, the Michigan resident who played a crucial role in paving the way to this historic victory .

I only wish Aimee was alive to see it.

Fired after coming out as a trans woman at the metro-Detroit funeral home where she’d long worked, Aimee decided to fight back. In a case that went all the way to the U.S. Supreme Court, ACLU lawyers representing Aimee asserted that firing a person because of their transgender status was illegal. Two years ago, in a decision covering three LGBTQ+ related cases collectively referred to as Bostock v. Clayton County, the Court ruled in Aimee’s favor, deciding that discrimination of LGBTQ+ in the workplace does indeed violate federal law.

The landmark victory set new legal precedent. Sadly, Aimee, who valiantly battled debilitating kidney disease while also engaging in her years-long court battle to secure the rights of all LGBTQ+ people,  died before the Court rendered its decision. 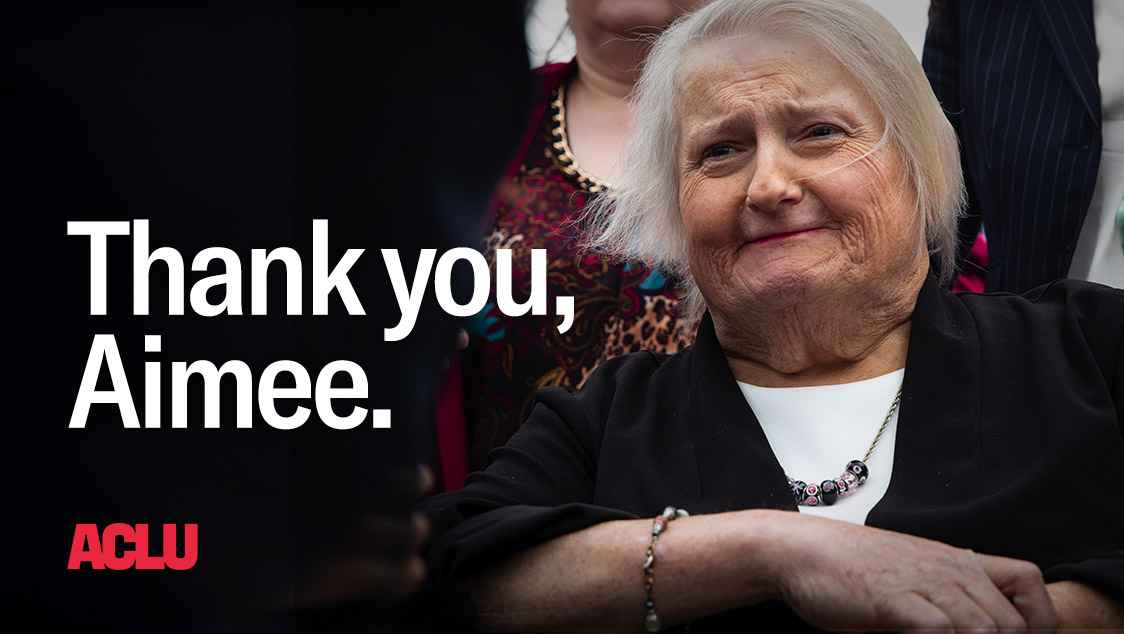 But her legacy lives on. Compelling proof of that can be found in the Michigan Supreme Court’s (MSC) precedent-setting decision in Rouch World LLC v. Michigan Department of Civil Rights.

That case, which has far-reaching implications, directly involves three members of Michigan’s LGBTQ+ community and two businesses: Rouch World, which rents out its property in Sturgis for weddings and other gatherings, and Uprooted Electrolysis in Marquette.

After Rouch World refused to let a lesbian couple use its facility for their wedding, and Uprooted refused to provide electrolysis services to a transgender woman, the people being denied service filed complaints with the Michigan Department of Civil Rights (MDCR), alleging sex discrimination in a public accommodation.  The businesses then sued MDCR, arguing that the agency could not investigate them because LGBTQ+ people weren’t protected against discrimination under Michigan’s civil rights laws.

The ACLU of Michigan and others subsequently joined the fray by filing a detailed “friend of the court” brief supporting the state’s case. Signaling the issue’s critical importance, a large number of Michigan advocacy groups including Affirmations, Equality Michigan, LGBT Detroit, Trans Sistas of Color, Stand with Trans, Out Front Kalamazoo, and Out Center of Southwest Michigan joined us in submitting the brief.  Also signing on were such national groups as the national ACLU, Human Rights Campaign, National Center Lesbian Rights, and Freedom for All Americans.

The MSC agreed with us. In doing so, it became the first state supreme court in America to apply the Bostock decision to a ruling on its state’s civil rights laws and the protections they provide LGBTQ+ people. In doing so, the stage has been set for other states to follow our lead.

It is a remarkably uplifting decision. Capping decades of work, LGBTQ+ people in our state now have the undisputed right to  live their lives free of discrimination – by government agencies, employers, landlords and private businesses -- based on their sexual orientation.

A significant part of the reason we’ve been able to achieve this success is because of the path blazed by Aimee. Her courage and tenacity created an inspiring legacy.

Along with our gratitude to Aimee, we also owe her legacy our continued commitment to protecting LGBTQ+ rights. It is hard to understate the importance of the state Supreme Court’s decision, and the positive effect it will have on the lives of people throughout our state. But the work is far from over.

Political attacks on our community don’t just continue – they are increasing. The trans community in particular is subject to increasingly hostile attacks by politicians attempting to capitalize on bigotry and ignorance.

So, let’s celebrate both this incredible victory and the memory of Aimee Stephens. And then join us in doing what she’d want next, which is to roll up our sleeves and get back to work protecting the rights of LGBTQ+ people in Michigan.