When Hatred Is Just Around the Corner

Escaping civil war in Lebanon, my family landed in Dearborn, Michigan, in 1986. Like many immigrants, my parents still speak of Lebanon with the same familiarity they did in the weeks after my aunt opened her doors to her brother, his wife, and their four kids — including me, their clever but slightly odd four-year-old.

I had one friend, a cousin, and spoke only a few words of English (the necessities: food-related words, “no,” and “dude”). During this time, my social butterfly of a mother tried to convince me through broken English, “You don’t need friends; you have family.” I wasn’t helping my cause. I often wore a cheap red pleather jacket and pants suit with frayed fingerless gloves painted with glitter and told everyone I was Michael Jackson from the Thriller music video.

By my tween years, I won friends, wrote melodramatic poetry, and listened to Tori Amos on repeat. I also began to regularly fill in for my older siblings and cousins as my parents’ traveling translator and advocate. I learned quickly that disdain and disrespect are universal languages — even if I refused to translate a clerk’s exasperated quip at my parents’ expense, they would share a despondent look, understanding exactly what was happening. From time to time, I felt embarrassed on their behalf. I was not equipped with the tools to confront the soft bigotry that many American Muslims and immigrants face in their daily lives.

Recently, one of those annoying Facebook memories popped up, reminding me that — even though it’s been decades since translating for my parents has caused me embarrassment, and with 12 years of civil rights experience under my belt — bigotry has the power to silence, especially when it happens in unlikely places. Like a dog park. 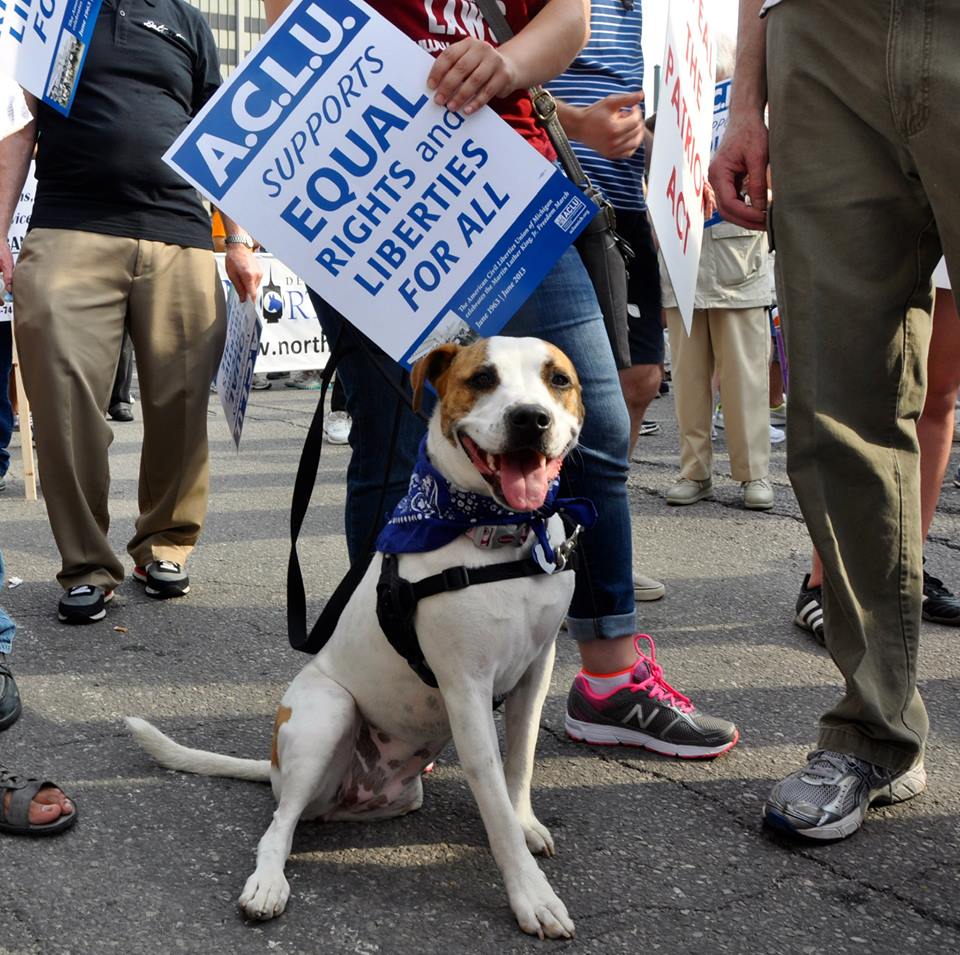 A couple of years ago, on a hot Friday afternoon, I was playing fetch with Olivia, my three-legged pit bull. She quickly lost interest and started staring at a man walking through with his dog. Olivia’s nickname at the park is the “welcoming committee,” as she generally races to the gate to greet all incoming creatures for sniffs, pets, and scratches. Yet on this day and with this man, she had no interest. She just stared and when he finally reached me, she hobbled away. (She’s never been much of a guard dog.)