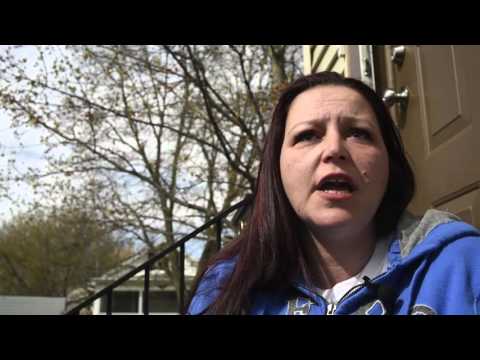 DETROIT — As part of its ongoing look into the Flint water crisis, the ACLU of Michigan today released “Here’s To Flint,” a searing documentary that examines the origins of the disaster and the determined efforts of Flint residents, activists and researchers to learn the truth about the city’s lead-contaminated drinking water.

“Only by carefully and honestly examining what happened in Flint can we ensure that a catastrophe like this never happens again,” said Kary Moss, executive director of the ACLU of Michigan. “As powerful as this film is, we want to do more than move viewers to tears or anger. With our state desperate for greater transparency and a return to full democracy, we hope this film moves people to action.”

Based on the work of ACLU of Michigan investigative reporter Curt Guyette, "Here's To Flint" is an exhaustive probe into how the city was left exposed to lead-tainted drinking water for nearly two years. Featuring in-depth testimonials from Flint residents, activists, and experts talking about their struggles to expose the truth despite government denials, the documentary underscores just how vital it is that citizens be able to hold their leaders accountable.

The documentary stems from more than a year of intense reporting by Guyette, who broke the story of lead contamination in the Flint water supply in July when he published an EPA memo highlighting toxic-waste levels of lead in the water flowing into one Flint residence.

After news of the memo went public, the ACLU of Michigan joined with residents and a team of scientists led by Marc Edwards, a professor at Virginia Tech, to gather water samples from nearly 300 homes in Flint. The test result showed conclusively that the city’s municipal water supply was polluted with lead.

Lead is a powerful neurotoxin that can cause severe physical harm and can result in irreversible behavioral and developmental problems in children.

The findings from the water tests confirmed the suspicions of numerous Flint residents, many of whom had been complaining about the smell and discoloration of their tap water since an emergency manager in April 2014 ordered the city to switch its water supply from the Detroit water system to the caustic Flint River.

Read Our Full Coverage of the Flint Water Crisis.

When the city failed to treat the river water with essential corrosion control chemicals in 2014, the water began leeching lead from Flint’s aging pipes into the municipal water supply. Residents began to complain of physical ailments, such as rashes and hair loss, but state officials kept insisting that the water was safe.

In October 2015, about 18 months after the switch to Flint River was order, Gov. Snyder permitted Flint to return to the Detroit system.

For his work exposing the crisis, Curt Guyette was named Michigan Journalist of the Year by the Michigan Press Association in January. The ACLU hired local filmmaker Kate Levy to team up with Guyette to produce the documentary.

"With our state desperate for greater transparency and a return to full democracy, we hope this film moves people to action."