Campaign to #TakeCTRL of Online Privacy in Michigan, Nationwide

I suspect most people would guess nothing, but that would be wrong. It turns out they have a common affliction that impacts nearly everyone living in the digital age. Yes, that’s right, you probably have it too. Let’s take a look. 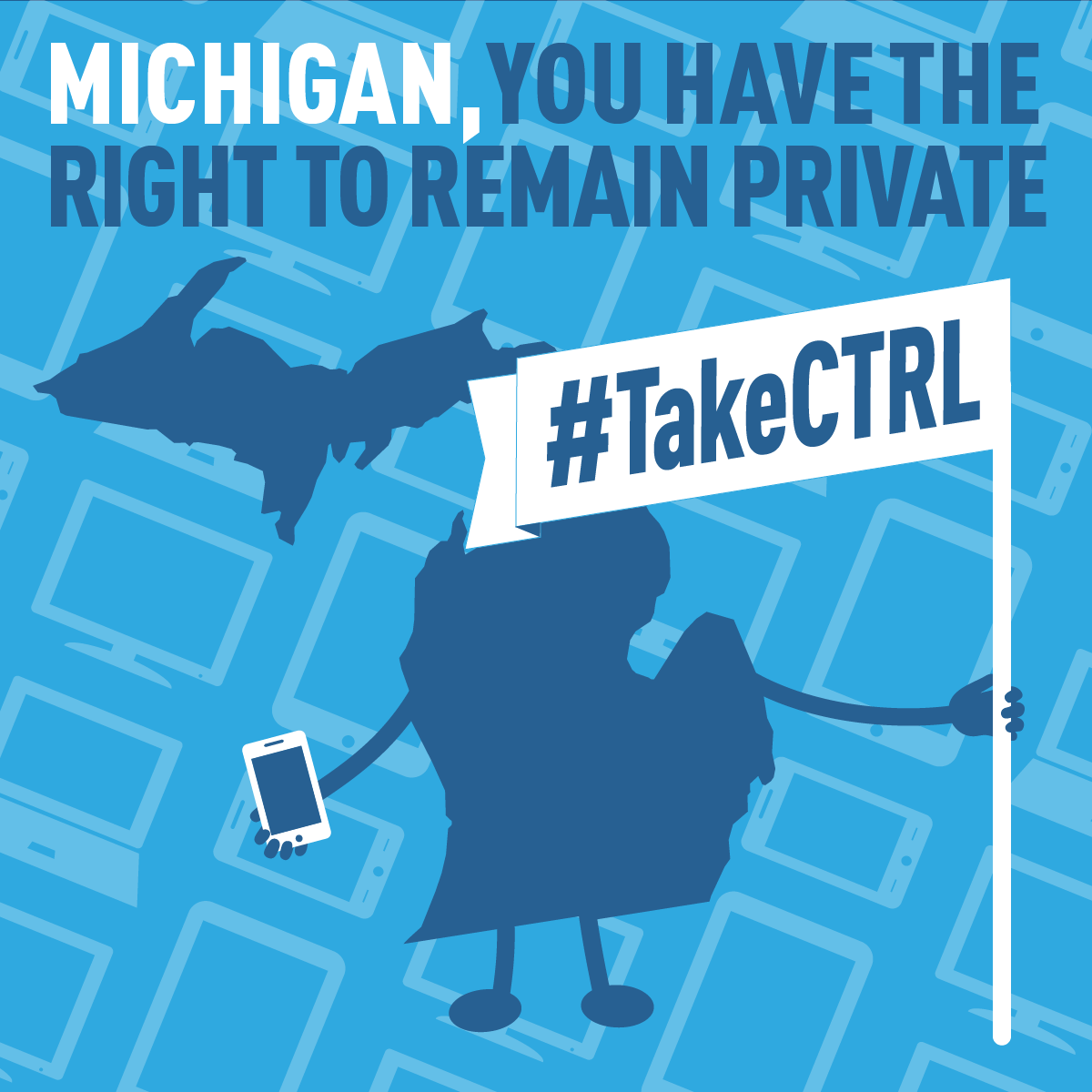 Blake Robbins wanted to use his school-issued laptop for schoolwork and to communicate with his friends, such as by email and video chat. He did not, however, want his school remotely turning on the laptop’s webcam and taking hundreds of pictures of him, including when he was partially undressed or sleeping. But that happened.

Richard Wade was a fun-loving 12-year-old boy, who liked to use his cell phone to take and share pictures with his friends. He did not, however, want his school to seize and search his phone after he got a text message from his father during “football class.” The initial intrusion snowballed into his expulsion after administrators determined that one picture on it, which showed him and a friend dancing in a bathroom while his friend held a BB gun, was “gang-related.”

Robert Collins is a veteran corrections officer who uses social media to share personal photos and thoughts with his friends and family. He did not, however, want to allow his employer to view the personal information on his social media account, but such a demand was placed upon him during his job recertification process.

Kim Kardashian-West is one of the world's most recognizable celebrities. She has used a hit reality television show and social media to enhance her celebrity by sharing nearly every aspect of her life with the general public. She does not, however, want her young children to receive the same level of exposure or to have unauthorized people view her private hospital records.

So what is the common thread? To varying degrees, all of these people, like nearly all of us, have chosen to share certain personal thoughts and information about themselves with a select group of other people. At the same time, they all want control over what personal information is shared and with whom. Unfortunately, none of them are empowered to make those choices and to enforce the limits they choose. The bottom line is that the laws that are supposed to protect the privacy of students, employees, and our personal data and communications are not up to the task.

ACLU Furthers Investigation Into the Scope of Facial Recognition...

ACLU Condemns Detroit Board of Police Commissioners’ Vote to...