Like his mother, he was a community worker. He was always there speaking out for those whom he considered the weak, for those who did not have the strength to speak for themselves.

Milton had a mental disability that became apparent as a young adult, from when he was probably 24 or 25. But in spite of this, he lived his life independently and with freedom.

For him to be shot at 46 times and hit 14 times by all white policemen, it really raised questions in my mind. How they circled him and assassinated him, his blood running down the street like water. And he wasn't a threat, I mean, he had a little pen knife. He had no idea that those policemen would do that to him. 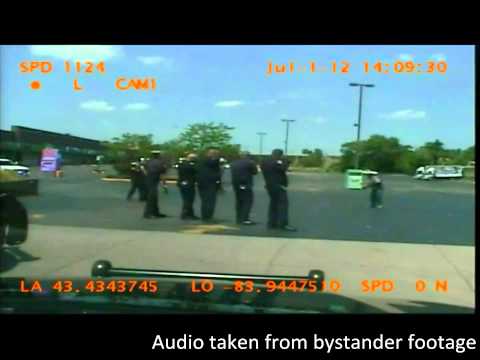 When you have the U.S. government go in and look at Milton's case for four or five months and then come out and say, "Well, it wasn't intentional." To shoot at somebody 46 times and it wasn't intentional? It has given me a commitment for the little time that I have left to work with parents whose kids have been similarly killed.

What needs to change is how police deal with situations like the one that ended in my son's death. Our elected leaders and community leaders must address conditions that allow police to use excessive and deadly force with impunity.

This blog is an excerpt from an interview with Jewel Hall conducted by the ACLU of Michigan about the killing of her son Milton by eight police officers. Parts of her interview appear in a video, which also includes footage of the police killing Milton. The interview has been lightly edited for clarity.

Yesterday, the ACLU of Michigan presented this video at a hearing about racial disparities in the U.S. criminal justice system before the Inter-American Commission on Human Rights, which is part of the Organization of American States. The county prosecutor declined to bring charges against the officers involved, and earlier this year, the Department of Justice also declined to bring charges against them.
Related Issues