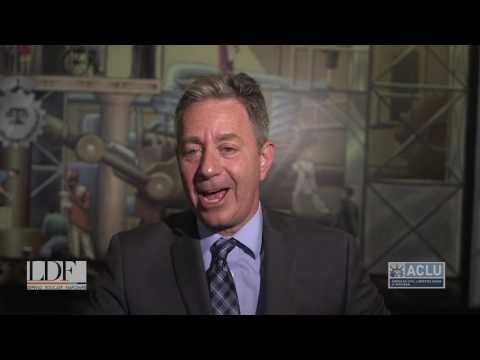 DETROIT—The ACLU of Michigan, the NAACP Legal Defense and Educational Fund, Inc. and lawyers from Covington & Burling LLP today filed a class-action lawsuit against the Wayne County Treasurer, Wayne County and the City of Detroit to challenge illegal, racially discriminatory tax foreclosures that have pummeled African-American homeowners in recent years.

"Wayne County and Detroit are creating a human catastrophe by tossing thousands of homeowners into the streets for inability to pay unlawfully assessed taxes," said Michael J. Steinberg, Legal Director of the American Civil Liberties Union of Michigan. "This short-sighted practice not only violates federal law, it destabilizes families, destroys neighborhoods and undermines the economic recovery of the region."

The lawsuit, brought on behalf of seven Detroit homeowners and a coalition of neighborhood associations from throughout the city, alleges that the Wayne County Treasurer is preparing to seize the homes of thousands of county homeowners because they failed to pay taxes that they should never have been assessed.

"Wayne County's tax foreclosures have the most severe impact on the county's African-American community," noted Coty Montag, Deputy Director of Litigation for the NAACP Legal Defense Fund. "Regrettably, this is the latest in a series of discriminatory housing practices in Southeast Michigan, from racially restrictive covenants and redlining through the more recent water shutoff crisis and reverse-redlining that targeted African Americans for predatory mortgages.  The tax foreclosure crisis echoes the pattern of governmental housing discrimination against African Americans in the City dating back at least a century."

Michigan homeowners must pay property taxes based on the fair market value of their homes, which cities are required to determine in annual assessments of property values. Homeowners in Detroit and other Wayne County municipalities, however, have been taxed as if their homes were worth many times their fair market value.

The FHA bars not only intentional housing discrimination, but also neutral practices that have an adverse disparate impact on people of color.  The Wayne County Treasurer's practice has a significant disparate impact on African Americans in the county.  The complaint alleges that the tax foreclosure rate in predominantly African-American neighborhoods in Wayne County is 10 to 15 times higher than the rate of foreclosures in predominantly non-African-American areas.

Plaintiffs also allege that the City of Detroit has violated the due process rights of impoverished homeowners who are entitled by law to a "poverty tax exemption," which reduces a qualified homeowner's tax burden by half or eliminates it entirely.  The complaint alleges that, prior to 2016, Detroit's process for eligible homeowners to apply for the poverty exemption was convoluted, difficult, and in some cases, impossible.  Many of those who succeeded in submitting a timely, complete poverty exemption application never received a response from the City regarding the decision on their application or were denied for reasons that were arbitrary and capricious.

Learn more about the tax foreclosure case and the plaintiffs involved

For example, plaintiff Walter Hicks was denied a poverty exemption because another person with the same name owned a separate piece of property, which the city counted as his asset.  Even when Hicks presented proof that the second property did not belong to him, Detroit refused to reconsider its decision.

Hicks, who lives on an annual income of about $15,300, was placed in a payment plan that he cannot afford and that he should be exempted from because his income falls below the federal poverty level. "I just want to be treated fairly," said Hicks.

He added that the crisis extends far beyond his own home: "I was embarrassed to see the foreclosure notice—and then I looked down my block. Almost everyone had one."

Plaintiffs seek a preliminary and final order halting foreclosures and sales of all owner-occupied homes in Wayne County until proper and lawful taxes are assessed.  In addition, the lawsuit asks the court to institute a constitutional process for eligible homeowners to obtain the Detroit poverty exemption.