Today, the U.S. Supreme Court will hear oral arguments for the case Whole Women’s Health v. Hellerstedt—the greatest challenge to abortion rights before the high court in more than 20 years. What’s at stake for abortion rights, you ask? In a word: everything.

Whole Women’s Health v. Hellestedt has the potential to pave or pummel a woman’s path to abortion access depending on if SCOTUS strikes down or upholds a 2013 Texas law that imposes medically unnecessary regulations on abortion clinics called TRAP (Targeted Regulation of Abortion Providers) laws. These laws frequently result in abortion clinics closing their doors because of the strict and expensive regulations they impose on clinics, which are often beyond what is necessary to ensure patients’ safety. 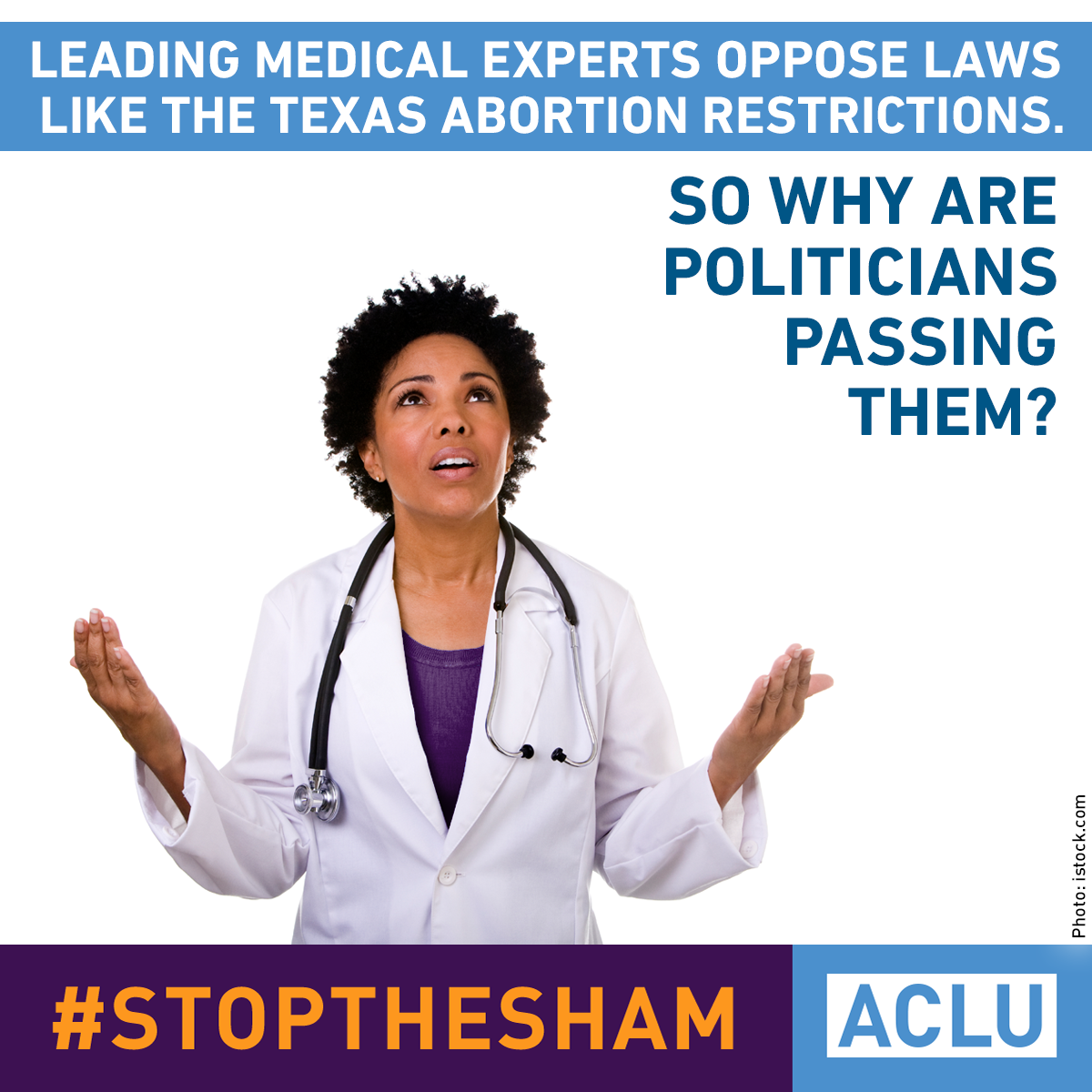 In fact, TRAP laws are often passed in state legislatures across the country under the guise of protecting “women’s health.” But in reality, the laws have nothing to do with women’s health. The sole purpose of these regulations is to make it damn near impossible for women to obtain the safe, legal and high-quality care they need after deciding to end a pregnancy.

TRAP laws have already shut down more than half of Texas’ 42 health clinics that perform abortions, creating devastating, real-life consequences for women across the state. If the Supreme Court allows them to go fully into effect, these laws will close all but 10 of the state’s clinics.

But that’s not all. Remember when I said “everything” is at stake? Well, this case has the potential to end legal abortions in America—not by overturning a woman’s constitutional right to an abortion, but by eliminating access to abortion.

So how did we get to this point?

In the past five years alone, anti-choice legislators have quietly passed nearly 300 restrictive laws. Their restrictions require women to have multiple unnecessary appointments to receive care, make it illegal for insurance to cover abortions, and require doctors to go against their own medical training by forcing them to provide women medically inaccurate information, such as telling women abortions can be reversible.

Reproductive rights activists—me included—have always stressed that access is the key to abortion rights. And I think John Oliver said it best, during a recent segment on "Last Week Tonight," explaining, "Abortion cannot just be theoretically legal. It has to be literally accessible." If SCOTUS decides to uphold Texas' abortion restrictions, it will open the doors for legislatures to follow suit in every state across the country.

Understandably, many people are wondering how Justice Antonin Scalia’s death will affect Women’s Health v. Hellestedt. Because there are now only eight justices on the court, a 4-4 tie would affirm the decision of the lower court (which ruled in favor of Texas), but would not be binding nationwide.

Justice Anthony Kennedy’s “swing vote” continues to be critical, however, because a decision in favor of abortion restrictions by the high court will have immediately devastating consequences for women in Texas, Louisiana, and Mississippi—the states covered by the Fifth Circuit Court of Appeals—and over the long term, other courts of appeals would be permitted to uphold TRAP laws across the country.  Of all states, Michigan is especially vulnerable because it almost happened here with the infamous HB 5711. Upon introduction, 5711 had the power to do to abortion access in Michigan what TRAP laws have done in Texas.

Sure, our outcome was more fortunate than in Texas. But in order to ensure that we never have to fight that battle again, we need a win in the Supreme Court this spring.