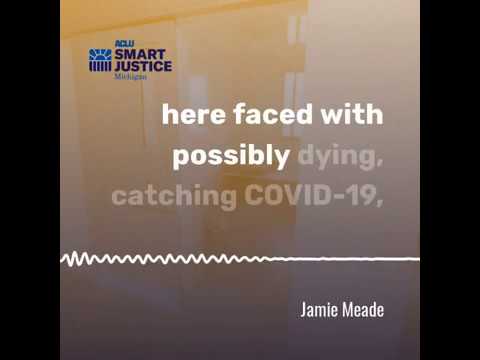 As the coronavirus sweeps through many of Michigan’s prisons, Muskegon Correctional Facility has reportedly been spared – so far. But the people who are housed there say they fear the worst. That is why they are pleading for officials running the western Michigan facility to stop rationing an item critical to staving off the deadly virus: hand soap.

In recorded phone interviews, several people locked up at the Muskegon Correctional Facility told the ACLU of Michigan that  soap continues to be rationed, and, consequently, the standard issue of two small bars a week per person simply aren’t enough. They also raised concerns about the failure to regularly disinfect the facility and described how prison staff are not consistently wearing masks, and that masks have not been provided to those locked up, all of which are requirements of the Michigan Department of Correction’s (MDOC) COVID-19-related policies.

In terms of soap, MDOC spokesperson Chris Gautz told the ACLU of Michigan in a phone interview last week that, during the pandemic, the department’s policy is to provide soap at no cost whenever requested. He also said the department is working overtime to ensure enough soap and disinfectant are provided and made available.

But the MDOC’s stated COVID-19 policies and what people locked in the Muskegon prison say is going on behind prison walls are clearly at odds.

According to five people housed inside the Muskegon prison and interviewed for this article, this is what they are facing:

Despite the desperate need for soap to combat the spread of COVID-19, the MDOC has not increased its weekly ration of two hotel-sized bars, even as the department is urging inmates to wash their hands frequently to protect themselves and others from the virus. Along with using that soap to hand-wash and shower, some are also using hot soapy water to clean surfaces within their cells. Given all that, those locked up say two small bars do not last much more than a day. Contrary to MDOC policy, when the soap inevitably runs out before the week is up, it is not replaced for free. If individuals have money in their prison account, they can purchase soap from the commissary. Those without money are left to fend for themselves. 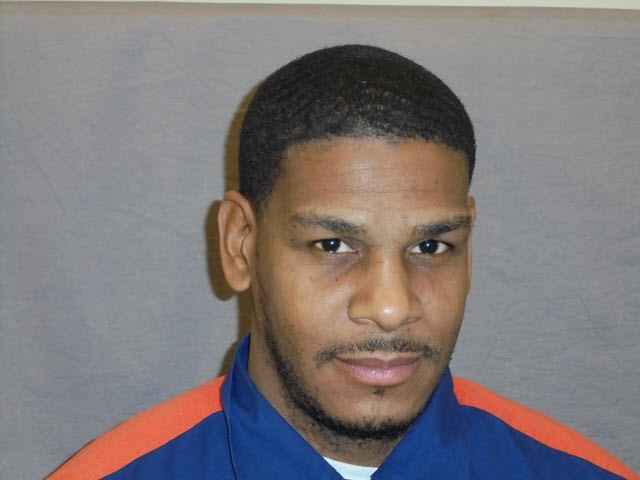 “We are told to frequently wash our hands, and we need to do all the other things we do with it, so when we ask for more soap, no soap is provided,” said Quentin X Betty, who has been housed at Muskegon for just more than a year and serves as the lead representative on the “Warden’s Forum,” a monthly meeting he and others locked up have with the facility’s top officials.

Mr. Betty said the routine has been to receive two rolls of toilet paper and two hotel-sized bars of soap a week. The soap can be used for everything from showering to washing dishes and to cleaning clothes. But soap is definitely running out during this pandemic, he added.

"We literally need more soap to provide a baseline of safety," said Joel Williams, who is also housed at Muskegon.

“We literally need more soap to provide a baseline of safety,” said Joel Williams, who is also housed at Muskegon.

Again, there have been no confirmed cases at Muskegon. But Mr. Betty, Mr. Williams and others interviewed fear that will change if there is not a higher sense of urgency on the part of prison officials.

Lack of access to soap is not the only red flag being raised at Muskegon.

The MDOC announced April 2 that, as soon as masks were available, all staff and inmates would be required to use them. According to Mr. Williams, Mr. Betty and others, staff at the Muskegon facility are only wearing masks sporadically, and that no masks have been provided to prisoners.

Mr. Betty said he and others offered to make masks with the two sewing machines in the prison, but that prison officials have ignored them.

“What are they waiting on, for someone to perish?” Mr. Williams said regarding the overall efforts being made to protect against the coronavirus. He described those efforts as “perfunctory.”

“Almost a month ago, they came in here with some Lysol and some bleach,” said Mr. Williams, echoing the comments of others interviewed. Despite an MDOC mandate that similar cleaning be done on a regular basis, Mr. Williams said nearly three weeks passed before bleach was again being used.

Along with the physical threat of contracting the coronavirus is the mental and emotional strain of being confined in a correctional facility – places the New York Times recently described “petri dishes” for the corona virus because practicing social distancing isn’t possible.

Asked what message is sent when something as essential as soap is rationed and weeks pass without bleach being used, Mr. Betty replied, "As simple as I can put it, they don't care. We're looked at as less than human."

“Healthwise, I feel strong as a bull,” said Mr. Williams. “Mentally, I am completely distressed by this issue. This is a very distressful time. Myself, I am not worried about perishing from this pathogen. I am worried about passing in on to someone else who will die.”

Asked what message is sent when something as essential as soap is rationed and weeks pass without bleach being used, Mr. Betty replied, "As simple as I can put it, they don't care. We're looked at as less than human."

Asked how a person deals with that, he laughed a little, and said, “Well, for starters you have to stay pray’d-up. That’s one. And then continue to do what you can do the best you can. You try to talk to family and show them you are okay. And you talk to the guys around you to encourage them to keep their mind and their head, so they don’t fall off into the deep end and do something drastic to themselves or to others.