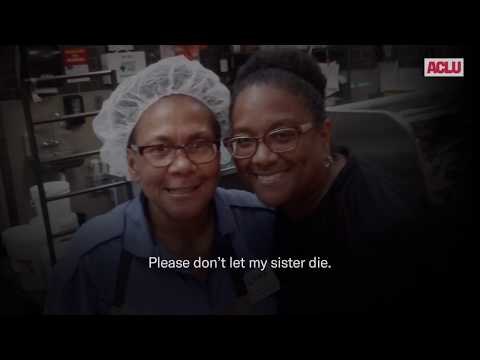 DETROIT, Mich. — Following a new Detroit Free Press analysis that the COVID-19 infection rate at the Parnall Correctional Facility in Jackson exceeds that of jails in New York and Chicago that had reached crisis level, the American Civil Liberties Union of Michigan (ACLU) is urging Governor Gretchen Whitmer and state leaders to release elderly and medically vulnerable people from prisons. The ACLU also recorded interviews with people in prison who describe how soap is rationed, cells are not regularly disinfected, prison guards fail to consistently wear masks, and no masks are available for those locked up. Earlier in this crisis, the Governor told local jails to release people who are older, pregnant, nearing their release date, and who don’t pose a threat to public safety, but she has yet to empower the Michigan Department of Corrections to do the same.

“Governor Whitmer knows that reducing the number of people locked behind bars is critical to stopping the spread of COVID-19, and she took a bold and necessary step to release vulnerable people in jails,” said Dave Noble, Executive Director of the ACLU of Michigan. “But 40,000 people sitting in state prisons, as well as prison staff, their families, and communities, face the same threats, and their lives are just as important. She can save lives by acting now, but these disturbing reports prove that time is running out.”

The ACLU is running television ads in the state’s capital calling on the Governor and all elected officials to swiftly act to protect people in jails and prisons. The ACLU is also urging its members to contact the Governor to express their support for immediate action to save lives in prisons.

According to the MDOC, 662 staff and people locked up have tested positive for the coronavirus, and 15 have died as of April 16. But to stop the spread of COVID-19, public health experts urge social distancing, which is not possible in the close quarters in which people in prison are housed. That is why they continue to sound the alarm: people in prisons, prison staff, and the communities they live in, face a unique and serious risk of a COVID-19 outbreak.

Following decades of unresolved systemic racism, the majority of people locked up are people of color who are there because of misguided, punitive, and outdated policies. Many suffer from higher rates of pre-existing medical conditions than the rest of the population, which means they’re much more likely to become seriously ill and even die if they contract COVID-19. According to data the Governor’s office released earlier this month, African-Americans make up 40 percent of COVID-19 deaths in Michigan, but only 14 percent of the state population.

“The prison system was already broken and COVID-19 makes it much worse,” said Shelli Weisberg, Political Director of the ACLU of Michigan. “During this extraordinary pandemic threat, the Governor and all elected officials must act swiftly to save the lives of the most vulnerable and ensure that a prison sentence does not become a death sentence.”

The ads are available online here and here.