So, you are walking down the block when you see a police officer arresting someone and pull out your phone to take a video of the scene. There’s nothing wrong with that, right?

Right! If you are on public property filming people in public, even a police officer, your actions are protected by the First Amendment. Nevertheless, many police officers do not know this Constitutional right... or simply chose to ignore it.

Here at the ACLU of Michigan, we receive many reports of photographers and videographers being detained and their cameras confiscated by law enforcement agents who do not want their actions to be digitally recorded.

Most recently, a Detroit Free Press photographer was filming a street arrest when police handcuffed her, detained her for over six hours and confiscated her phone. When returned to her after her release, the SIM card with the footage she had filmed was missing. Incidents like this are serious reminders that we must keep informed about our rights when dealing with police officers.

The right for average people to monitoring police conduct and activities is incredibly important to keeping an eye on potential misconduct and illegal arrests. The ACLU of New York has even created an app that automatically allows bystanders to record and document potentially illegal stop-and-frisk encounters.

Here are your top four facts to know about videotaping police in public:

Remember, however, that police can order you to stop what you’re doing if you are legitimately interfering with law enforcement operations and that your right to photograph does not give you a right to break any laws, such as trespassing.

The Detroit Police Department has launched an investigation of the photographer’s arrest and the deletion of her footage. Hopefully, this unfortunate incident will not only raise awareness about the rights we all have to monitor police in public but also lead to more training for police about activity that is protected by the First Amendment.

Want more details about your photography and videography rights? Let Joseph Gordon-Levitt and Benjamin Franklin sing it the facts to you. 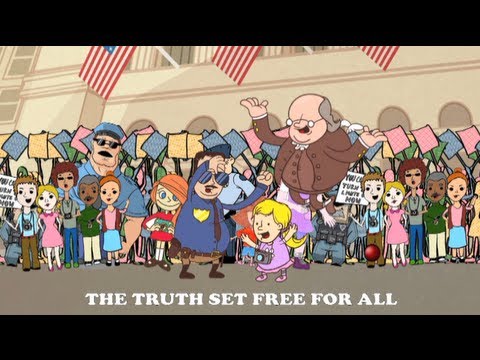 Read Know Your Rights When Dealing with Police

U.S. District Court Ruling That Will Require Michigan to Rewrite...

ACLU and Impacted Family of Registrants to Address Media After...